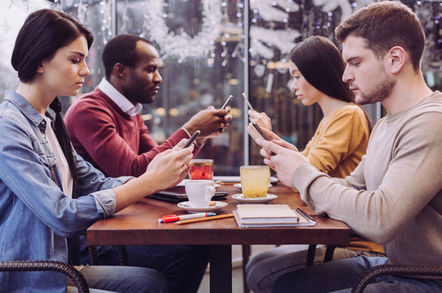 Interview Vodafone's CTO has urged the British government to release the results of its delayed telecoms supply chain review, so that it can get the green light for use of Chinese supplier Huawei in its non-core 5G network.

The mobile operator will launch its first 5G services next month, initially focusing on seven cities and spreading to 19 by the end of the year. Currently one-third of its radio access network is built using Huawei kit. All four operators will be launching 5G this year.

Speaking to The Register, Voda CTO Scott Petty said the 5G technology is deployed on top of existing 4G infrastructure.

He said if Huawei were to be banned, Vodafone would have to stop deploying 5G in those areas and swap the 4G base stations. "That would obviously cost a lot of money and take a lot of time."

EE also continues to use Huawei's kit in its RAN, including in the 5G deployment.

Voda's chief techie told The Reg: "If the Telecoms Supply Chain Review says Huawei is OK, then great, but if it said we don't believe you should be using Huawei, we'd have to stop what we are doing and change our plans. As each month goes by, we are deploying more and more 5G. So ideally, it would be better to have it out sooner rather than later."

He added the outcome of the review "probably caught up with the machinations in Westminster" - with everything appearing to be on hold while the remaining Tory candidates fight it out to be next prime minister.

"I think we had all hoped it would be published before now. Although we would prefer them to get it right rather than hurry it up."

The government said the review - which was supposed to arrive by spring 2019 - "will be announced in due course." It said: "We have been clear throughout the process that all network operators will need to comply with the government's decision."

The UK government's Department of Digital, Media, Culture and Sport told El Reg last week that the review would be redacted.

Petty noted that Huawei's technology is featured in the core of Vodafone's network in some countries.

"The reason for the difference is that in the UK we have a very large enterprise and public sector business," he said. "And we run much greater critical national infrastructure than in some countries where we are predominantly running a consumer business and when you assess the risk for a consumer business, the core is less risky…

"If, for example, the prime minister's phone or the queen's phone were on our network, we would probably take a slightly different view of the risk to the core."

In April, UK culture secretary Jeremy Wright noted that "despite the inevitable focus on Huawei" this review "is not about one company, or even one country."

He said: "We have to strike a difficult balance between security and prosperity, and recognise the reality of globalised networks and supply chains although our security interests are pre-eminent, and that has been the focus of the review. The way to ensure that the UK fully realises the potential of 5G is through its safe and secure deployment." ®