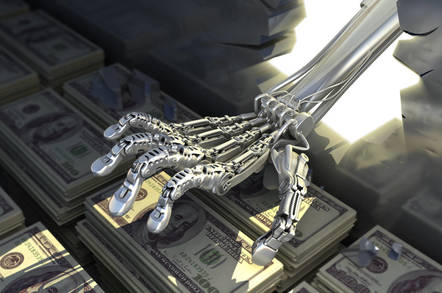 The development and release of a critical Firefox security patch this week was, in part, triggered by an attempted cyber-heist of crypto-coin exchange Coinbase.

Coinbase chief information security officer Philip Martin said on Wednesday night the digital-dosh trading site was one of the prime targets of hackers, who tried to exploit a zero-day vulnerability, CVE-2019-11707, a JavaScript type-confusion flaw in Firefox, to execute malicious code on Coinbase staff machines.

Coinbase, along with Project Zero researcher Samuel Groß, were given official credit for spotting and reporting the flaw. Mozilla has since issued a patch: users should update and restart their browsers to pick it up. The patch was also rolled out by the Tor Browser team for their users; their software is built from the Firefox code base.

According to Martin, the unknown hackers went after Coinbase employees with exploit code that targeted the type confusion bug and a second flaw; if successful, the miscreants would have been able to run malware on staff PCs that would, presumably, give the crooks access to their administrator accounts on the Coinbase service.

"On Monday, Coinbase detected & blocked an attempt by an attacker to leverage the reported 0-day, along with a separate 0-day firefox sandbox escape, to target Coinbase employees," Martin explained.

"We walked back the entire attack, recovered and reported the 0-day to firefox, pulled apart the malware and [infrastructure] used in the attack and are working with various orgs to continue burning down attacker infrastructure and digging into the attacker involved."

The Coinbase security boss noted that the attack was not successful, and so far there is no evidence that any Coinbase customers were hit.

There may, however, be other exchanges that did fall victim to the attacks, as Martin says his staff believe multiple exchanges were subjected to the exploits, and, so far, Coinbase is still trying to identify the perpetrators.

He is asking anyone who does believe they were targeted in the attack to contact Coinbase and share details of what happened. ®

Meanwhile... Someone "involved with a cryptocurrency exchange until fairly recently" was infected with rather stealthy macOS backdoor malware via the aforementioned Firefox zero-day, according to security expert Patrick Wardle, who has analyzed the software nasty. The plot thickens, eh?