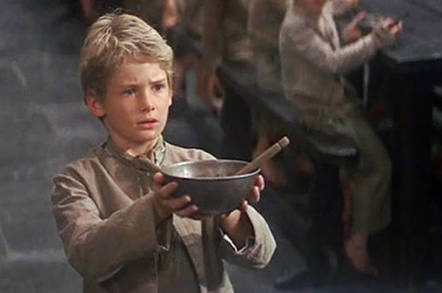 Tyco Electronics – a multi-billion-dollar manufacturer of sensors, connectors, and other rugged equipment for defense, aerospace, automotive, IT, and similar industries – has agreed to cough up millions to workers who claimed they were stiffed over lunchtime pay.

The multinational, which last year banked $2.6bn profit from $14bn in sales and has main offices in Pennsylvania, USA, will give 1,300 employees an average of $2,450 each. Why? Because, according to its staffers, it automatically deducted their 30-minute lunch breaks from their pay packets for nearly seven years – even when those staffers didn't actually take a break.

Employees at Tyco Electronics said they were told they could have a maximum half-hour break, the cost of which would be automatically taken from their wages. We're told that even if the workers opted not to take a break, the company still took their money.

Tyco, now known as TE Connectivity, agreed [PDF] to the $4.9m payout this week to settle out of court a class-action lawsuit regarding the matter, brought by one of those workers, Dale Wilson, in California.

That settlement only makes up only 68 per cent of the $7.25m that lawyers calculated was wrongly removed from employee pay packets, though Wilson noted that the hardware maker's determination to fight every aspect of the case – it recently appealed to the Ninth Circuit that a class of technicians had not been properly class certified – meant that the case would have stretched on for years. His legal action kicked off in 2014, and covers a period of October 2010 to May 2017.

Wilson first sued Tyco for apparently failing to provide him with written policies that stated he and other coworkers were entitled to meal and rest breaks while working on the company's production line. He also claimed employees were denied the right to take those breaks, and that the cost of them was automatically being deducted from their paychecks – even if they didn't take any breaks.

The NYSE-listed corporation fought back hard on legal technicalities, and the case was slowly boiled down to cover only those workers who had not taken breaks but said they had their wages docked anyway. It wasn't until 2018 that the judge finally agreed that the class action could move ahead.

During the legal back-and-forth, Tyco used as a defense a separate lawsuit brought against it by another employee who sued saying he was denied meal and rest breaks. Ultimately that case was dismissed after the judge in those proceedings decided he was not denied such breaks – and Tyco used the summary judgment to argue that Wilson's complaint should be dismissed, too.

The highest amount paid to any individual will be $4,720, according to this latest settlement. Wilson will receive an additional $7,000 as a reward for bringing and pursuing the case over five years. The lawyers bringing the case have agreed not to charge more than $1.65m for their services. And all of this is "fair, reasonable and adequate," according to the settlement. "An excellent result was achieved on behalf of the class," it notes.

TE Connectivity designs and manufactures components for all manner of stuff ranging from medical and utility equipment to consumer electronics. It has a global workforce of 80,000 employees, with more than 8,000 engineers. A spokesperson was not available for immediate comment. ®

US multinational fined for laissez-faire approach

But I bought them wine

It's not quite an Internet of S**t, but nor does it come up smelling of roses

Apeiron reckons it's the Godzilla of upstart flash arrays

25 years in the pokey