Ugh. Fly In, again? Really? And step away from the Comic Sans 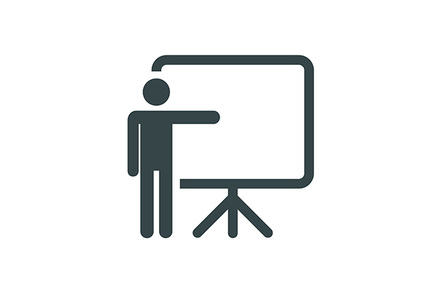 Microsoft PowerPoint is set to strip away the last vestiges of humanity from presentations with tweaks to its Designer functionality and a coach to help users "deliver the perfect presentation".

The BBC's Tim Harford recently added spreadsheets to his increasingly inaccurately named 50 Things That Made The Modern Economy but Excel's Office sibling, PowerPoint, has yet to get a mention. Unless one was to create a list of 50 Things That Made Meetings More Tedious.

Stop reading out the fscking slides

First up is the upcoming availability of Presenter Coach, which hands out live tips on public speaking to lucky users. Slightly creepily, it also comments on "inclusive language", culturally insensitive phrases and swears. We assume it was trained on social media platforms, with a staffer waving a hand at the content and saying: "See that? None of that."

The Coach will also note if the presenter is committing the cardinal sin of Reading The Slides Out Loud, inserting a tad too much filler or if the pacing is off. A report is spat out at the end of a rehearsal with metrics and where extra practice is needed.

Shawn Villaron, PowerPoint Partner Group Program Manager, said: "Our belief is that everyone can improve how they present." Handy, since some of the company's keynotes in the last five years could charitably be described as having dragged on a bit.

Presenter Coach is due to hit PowerPoint for the web "later this summer".

The other change incoming is to Designer, originally launched back in 2015. Designer makes layout suggestions when the user drops a photo into a slide as well as making walls of text a tad more impactful with visual tweaks.

Users like the thing, and Microsoft bragged that since its appearance it has clocked up over one billion slides. Imagine that.

The next step is to make Designer more enterprise-friendly, to ensure employees stay on message in visual terms at least. Organisations can design templates for Designer support, and the AI will select the most suitable layout for a user's content, cropping images and recommending appropriate pictures.

And for those not in the corporate world? Opening a blank slide and keying in some text will make PowerPoint recommend a photograph to reflect the words and update the theme accordingly. The gang has also integrated with Microsoft Research's Perspective Engine to put figures into perspective by adding context. For example: "The size of Afghanistan, which is 652,232km², is hard to interpret, but adding that it's 'about equal to the size of Texas' makes it easily understandable," according to Microsoft.

On that note, we would respectfully direct users to our very own online Standards Converter for a far superior experience.

Office 365 subscribers (English only) will be able to get their hands on Designer Perspectives, while Insiders can play with Designer Branded Templates now. ®