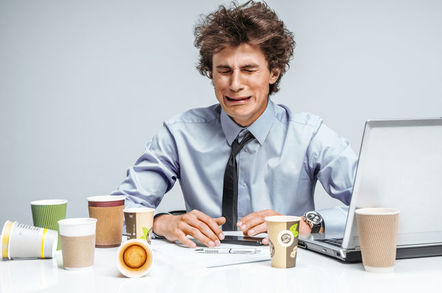 Oracle has issued an emergency critical update to address a remote code execution vulnerability in its WebLogic Server component for Fusion Middleware – a flaw miscreants are exploiting in the wild to hijack systems.

When exploited, a remote attacker can execute malicious code on the targeted machine via an HTTP request without any credentials or authorization, a nightmare scenario for a server platform, and especially one facing the public internet.

Making the fix for this flaw even more urgent is the report from US-CERT that working exploits for the vulnerability have already been spotted being wielded by scumbags in the wild.

Oracle recommends that admins test and install the update as soon as possible.

Speaking of Knownsec 404, it has mitigations and some more details here.

This patch comes just one day after Oracle patched a similar deserialization flaw in WebLogic Server, designated CVE-2019-2725. Like today's release, that bug allows for remote code execution on the vulnerable servers and was likewise considered to be a critical, ASAP patch install. Oracle did not say if that vulnerability is also under active exploit.

Developers who have yet to install one or both of the fixes would be well-advised to read and follow Oracle's advisories. ®