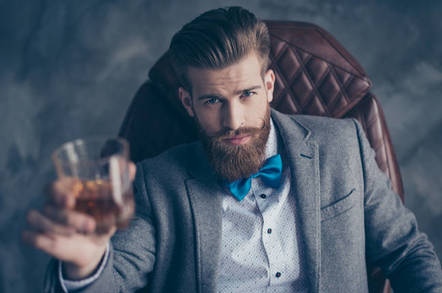 Mattermost, the open-source take on enterprise instant messengers like Slack and Teams, has trousered an impressive $50m in funding, less than five months after pocketing a cool $20m.

Investor enthusiasm for all things messaging does not appear to be waning as CEO Ian Tien rolled his wheelbarrow of cash away from the offices of Y Combinator Continuity (YC), who led the $50m Series B investment.

The news of investors keen on collaboration will be music to the ears of the hipsters at Slack, which is expected to hop into the world of publicly traded companies imminently. The anticipated windfall should buy a lot of beard wax, even with the $138.9m lost by the company in fiscal 2019 on revenues of $400.6m.

Matt Stodolnic, VP of marketing for Mattermost, had praise for the competition, telling us that Slack had been wise to soften up analysts by releasing growth numbers. "It tells me that they have an excellent leadership team and are a well-run company," he said.

However, he also observed that "the better Slack does, the better Mattermost does", citing interest from customers keen on collaboration but wary of platforms such as Slack and Teams "due to security, data control and data location issues".

"A large portion of the market wants 'on-premises Slack' – we deliver on that."

Stodolnic went on to thank Slack (cough) for building awareness in messaging and collaboration because *ahem* "it makes our marketing budget very efficient". He then tipped a hat to Mattermost's open-source roots by telling us: "Our community is helping us outpace them in innovation."

Investors certainly seem to think so. The company has now pocketed $73.5m with the first $3.5m seed funding coming back in February 2017.

While Mattermost, like Slack, is not yet profitable, the outfit has seen 10,000 downloads of the platform per month. It also counts more than a thousand contributors to its open-source project and enjoys a monthly release cadence.

As for how it intends to spank that $50m? Stodolnic told us the cash would grow Mattermost's community, hire more engineers (the aim is to reach a headcount of 110 by the end of the year) and invest in key integrations. The initial focus will be DevOps and more fully featured, enterprise-ready integrations with the likes of Jira, Confluence, BitBucket, GitHub and Jenkins.

The company trumpeted 600 integrations, but Stodolnic told us that "not all of them meet Enterprise standards".