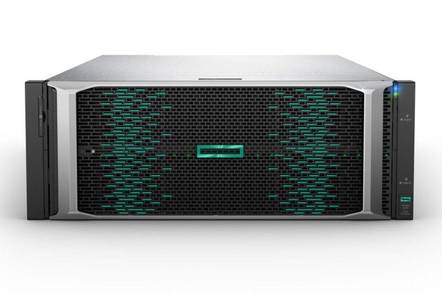 HPE has pitched Primera, its new high-end storage platform, at mission-critical applications, and it may eventually edge out the 3PAR line.

The HPE 3PAR portfolio will remain available for now, and the Antonio-Neri-led IT giant has promised to continue work on it.

The new block storage platform Primera, which uses acquired InfoSight predictive analytics to optimize for performance and reliability, is intended to be self-optimizing for high and consistent performance at scale and is designed around NVMe and storage-class memory.

Key features, according to HPE, include an "all-active" multi-node parallel architecture for resilience and scaling with instant failover capability, plus a services-centric operating system. This thing is modular, and the data services have been decoupled so they can be deployed and restarted independently of each other, making them user-upgradable without reboots, the manufacturer claimed. 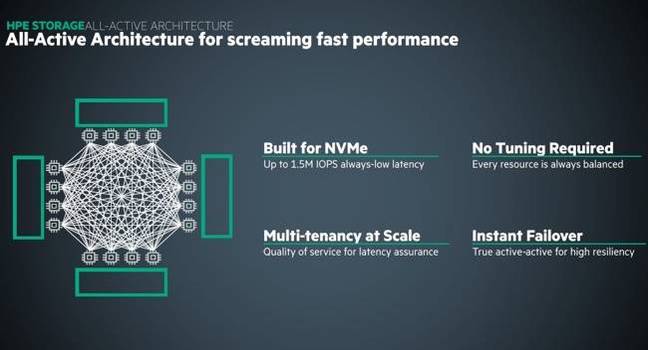 The Primera platform may appear shiny and new, but it is partly based on technology drawn from existing platforms, combining the mission-critical heritage of 3PAR (with some enhancements), Nimble Storage tech, and AI-driven InfoSight.

InfoSight came with HPE's acquisition of Nimble, and it has since extended this to 3PAR, but the firm said that AI-driven optimisation is now the only way to deliver the performance needed for emerging applications.

The bulk of the speed gains seen recently have been through the introduction of flash, according to HPE Storage.

"What we're now faced with is incremental gains with NVMe or storage class memory, but there's no game-changer left there, because everybody expects the speed of flash as table stakes," a HPE spokesperson told The Register.

Primera addresses this through the use of real-time embedded AI-driven analytics to optimise the infrastructure through predictive acceleration.

AI-driven operations to predict and resolve issues are vital, HPE claimed, because the entire storage stack has become too complex for human operators to fully monitor or troubleshoot.

HPE has touted a 100 per cent availability guarantee as standard on the new unit, promising to credit customers with "up to" 20 per cent of the value of their Primera assets in the event of an outage.

The platform will also be up for order in August under HPE's GreenLake IT-as-a-service model. Pricing has yet to be disclosed.

There's more on Primera over at Blocks and Files. ®