What? We're not afraid it'll attack us in our sleep. Are you? 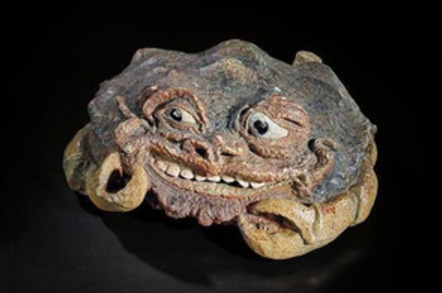 Blighty's Ministry of No Fun Allowed* has continued to live up to its nickname by slapping an export ban on a fugly crab ornament that by all rights should be locked in a chest and slung into the deepest abyss never to be seen again.

With a malevolent anthropomorphic grin smeared across its face, the salt-glazed stoneware crafted by the Martin Brothers looks like an unholy relic that, if awakened, would have no qualms devouring the population of a small town.

And yet arts minister Rebecca Pow, based on recommendations made by the Reviewing Committee on the Export of Works of Art and Objects of Cultural Interest, is pretty insistent that it stays put in our green and pleasant land.

London's Martin Brothers are by all accounts leg ends of the pottery world. Active from the embers of the 19th century into the early 20th, they "produced a distinct type of ceramic sculpture and pottery inspired by gothic art and the natural world," the ministry burbled.

"The brothers were among the earliest British art potters and developed a unique influential style. Their methods of working were unique in the 19th century and a precursor to the studio pottery movement of the 20th century." 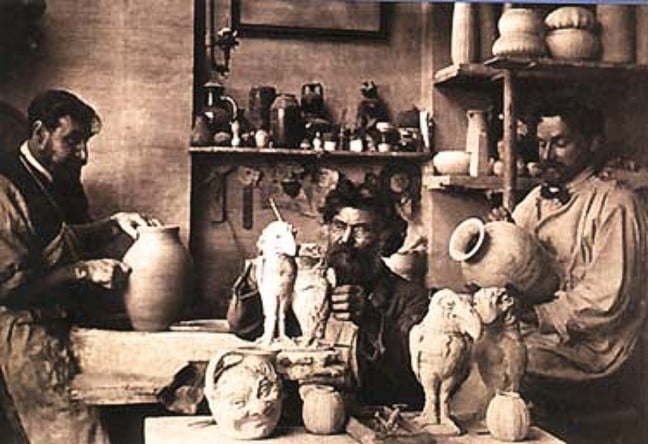 A quick clatter on the Google machine reveals that, yes, when they stuck to standard pottery their work was arguably quite handsome. However, if they dabbled in depictions of the natural world, the results resonated with eldritch horror.

Nevertheless, Martin pieces can fetch a pretty penny at auction. The crab-like aberration in question – which is definitely fine to leave in the dark while you go to another room – apparently sold for $250,000 in New York.

But an export bar means the accursed thing will remain in the UK for the time being, with the government cautioning that it's "at risk of being lost abroad unless a buyer can be found to match the £217,250 + VAT of £43,450 asking price".

Pow said: "The Martin Brothers are famous for creating unique and unusual works that are entertaining yet at the same time unsettling, which makes the crab with teeth such a whimsical and eclectic treasure. I hope that a buyer can be found so we can keep this work in this country to inspire future generations of potters."

"Whimsical and eclectic" is a funny way of saying "undiluted nightmare fuel".

Hilariously, reviewing committee chairman Sir Hayden Phillips described the crab beast as "a truly grotesque creature" then in the next breath hailed it as "the pinnacle of [the Martin Brothers'] work".

He added: "We also concluded that it was of outstanding aesthetic importance reflecting the fact that this criterion does not necessarily imply that an object has to be beautiful to pass that test. This crab is of a quality and scale lacking in UK public collections and I hope one of them will come forward to give it a good home so it does not disappear again."

* Otherwise known as the Department for Digital, Culture, Media & Sport.

You don't want a taskbar? Fine, we'll take it out. OK, we'll put it back again

Turn on, tune in, drop off as the kids entertain themselves on a slab

Met Police at least have a plan: NHS doesn't even have a clue

Radio boffins remember the future-ture-ture: From the Cold War to (White) SPAAAAACE

Phwoarrrrr... Look at the valves on that...