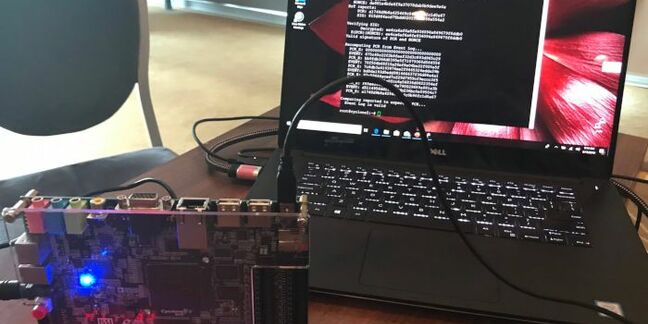 TPMs are silicon gizmos designed to protect devices by verifying the integrity of essential software – like firmware and BIOS − and making sure no dodgy code has been injected into the system prior to boot.

These are widely used to protect servers. Now TCG wants to adopt the technology for devices that are so small that the inclusion of a full TPM chip might be impractical due to cost, space and power considerations.

TPM chips are used to establish something known as a hardware root of trust, or a trust anchor − a cryptographic element that cannot be compromised. Each TPM chip has a unique and secret RSA key burned in as it is produced. They also usually feature a random number generator and storage for cryptographic keys.

The technology was standardised by ISO in 2009 and is used by Dell EMC, Cisco and Lenovo, among many others.

The TCG itself was founded in 2003 by AMD, HP, IBM, Intel and Microsoft as a successor to the Trusted Computing Platform Alliance (TCPA).

TCPA was developing "trusted computing" security features aimed specifically at PCs, laptops, servers and networking equipment. TCG expanded its mission to include smartphones and tablets, and today wants to build TPMs into everything − from "smart" fridges to self-driving cars. The organisation also develops security standards for storage devices, and network access control tools for industrial systems.

TPMs for IoT will be developed by TCG's newly minted Measurement and Attestation RootS (MARS) subgroup, which hopes to shrink the technology and enable manufacturers to build compliant chips with very little overhead for them and their customers.

"In a nutshell, we want to specify what the tiniest TPM needs to be so it can be integrated directly within the host chip," said Tom Brostrom, MARS chair.

"This will ensure that devices that aren't big enough to integrate a separate TPM will still be able to retain the required RTS/RTR [Roots of Trust for Storage and Reporting] capabilities. In turn, this will allow greater reach of trusted computing technologies over a wider set of devices and use cases."

We have to mention that for years, TCG and its TPMs were criticised by the open-source software community, which suspected the tech could be used for vendor lock-in – GNU father Richard Stallman called trusted computing "treacherous computing", but it looks like his worst fears have not come to pass.

That doesn't mean TPMs haven't seen their share of dark days: back in 2017, it emerged that security chips made by Infineon contained a serious flaw, with experts estimating that 25 to 30 per cent of all TPMs used globally were open to attack. ®

Researchers work to save trusted computing apps from keyloggers

Trusted computing: It's BACK, and already in a pocket near you

MWC That bulge could be SOMEONE ELSE's tool