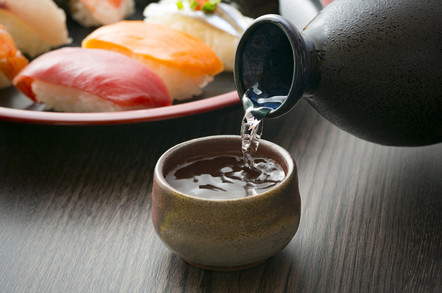 Yep, none of this while flying your drone. Sushi probably OK, though

Everyone has a mate who won't stop droning after a few bevvies – and the Japanese government clearly thinks the activity is dangerous enough to be outlawed.

Today, among other restrictions clapped on UAV enthusiasts, the country approved penalties for anyone caught drink-droning with kit weighing more than 200g – including a year in the cooler and a fine of up to ¥300,000 (£2,200).

A transport ministry official told the AFP news agency that operating drones while under the influence is as dangerous as drunkenly zipping about in two-tonne metal steeds at high speeds.

You can see where they're coming from – even the most weedy plastic quadcopter still has four quickly rotating pain dealers. Being hit by one is going to hurt a lot, and the heavier drones could easily mete out far more gory injuries.

In fact, that's pretty much what happened in 2017, AFP said, when an "industrial-sized" drone that was "supposed to shower small children with sweets" at a "robot festival" in the city of Ogaki plummeted 10m (33 feet) to the ground and injured six people.

The rise of consumer drones has brought with it a whole fleet of headaches for governments across the world. New Jersey was already considering the risk of drunk-droners in late 2017, and the ban was made law in January the following year.

Last year, a bloke in Cambridgeshire became the first person convicted in the UK for reckless drone flying after dicking around beneath a police helicopter during a search operation.

Then there was the Gatwick saga of late 2018, where flights were grounded for a day after some idiot flew their device far too close to the airport – and we explored why police couldn't "just shoot the thing down".

The problem cropped up again at Heathrow early this year, then even got a stateside remake at Newark Liberty International Airport, again in New Jersey.

The Civil Aviation Authority's website has an easy-to-follow guide on drone dos and don'ts here, and Japan's existing regs can be viewed here – but the law's fight against the pesky kit looks far from over. ®