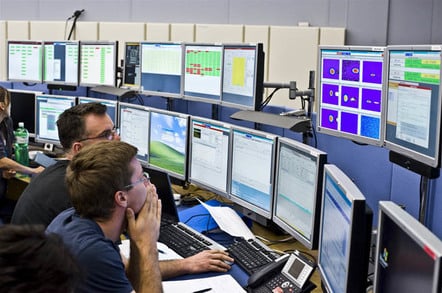 Updated For the past twenty years, European boffinry nerve-center CERN has enjoyed licensing Microsoft products on favorable terms as an academic institution.

Last year, anticipating an end to its discount, the lab, perhaps best known for the Large Hadron Collider, set in motion plans to shift toward open-source software to better control its computing costs.

As such, CERN has been quietly working on a project called Microsoft Alternatives (MAlt) to develop migration paths away from the commercial software offered by Microsoft and like-minded vendors.

In a memo issued Wednesday officially announcing the existence of MAlt, Emmanuel Ormancey, system architect at CERN, said Microsoft recently rescinded CERN's academic designation. Following the conclusion of its previous contract with the software giant in March 2019, CERN was presented with a new contract based on user numbers that increased its licensing costs more than tenfold.

CERN said while it has negotiated a gradual fee increase over the next decade, the higher costs simply aren't sustainable.

MAlt's goal, said Ormancey, is "to minimize CERN’s exposure to the risks of unsustainable commercial conditions." In so doing, the lab hopes it can help other public research institutions facing a similar software licensing liability from commercial IT vendors.

The initiative aims to provide CERN personnel with open-source software that provides similar service while avoiding vendor lock-in and retaining control of data – something that isn't always possible with cloud services but fits more easily with EU data rules.

The first change to emerge from MAlt will be the pilot test of a mail service this summer among the lab's IT personnel and volunteers, to be followed by a CERN-wide migration if all goes well. At the same time, some Skype for Business clients and analog phones will be swapped out for a software-based telephony pilot.

"While the Microsoft Alternatives project is ambitious, it’s also a unique opportunity for CERN to demonstrate that building core services can be done without vendor and data lock-in, that the next generation of services can be tailored to the community’s needs and finally that CERN can inspire its partners by collaborating around a new range of products," said Ormancey.

Now that this story has taken off, Microsoft has changed its mind and does actually have something to say about it.

“We are committed to a consistent application of eligibility requirements for our different licensing options," a spokesperson told us. "When we find exceptions to this policy during our ongoing audit processes for compliance, we work directly with customers to ensure their transition to new licensing programs is as seamless as possible.”