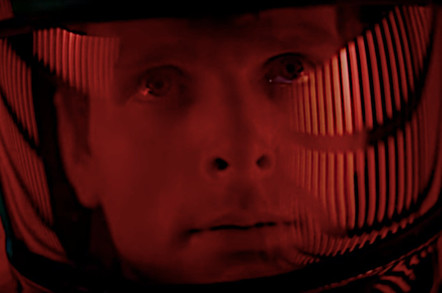 Eggheads in Texas have discovered a huge, dense mass lurking beneath an enormous crater on the Moon.

The mass, which isn't immediately obvious on the surface, appears to be dragging down the lunar landscape above it by around half a mile. In terms of size, lead author of the paper, Peter B. James, compared it to a pile of metal five times the size of Hawaii's big island.

The South Pole-Aitken basin itself is an impact crater on the far side of the Moon, and measures approximately 1,600 miles in diameter and 8.1 miles deep. It is one of the largest known impact craters in the Solar System and is home to China's Chang'e 4 lander and the Yutu 2 trundlebot.

The scientists have a number of theories for where this mass could have come from, including one that involves the solidification of an ocean of lunar magma.

The leading theory posits the mass comes from an asteroid with an iron-nickel core that smacked into the lunar surface four billion years ago. Scientists calculated that a sufficiently dispersed impactor core could remain suspended in the Moon's mantle rather than sink to the core.

Having recently enjoyed a visit to the Stanley Kubrick exhibition at London’s Design Museum, we at The Register have another theory. The only logical explanation is that Arthur C. Clarke's writing was more prediction than fiction, and that lurking beneath the surface is a colossally dense monolith.

While the enormous mass of the finding on the Moon speaks to something somewhat larger and more blobby than Clarke’s neat 1:4:9 object, poked at by a fictional Heywood Floyd, in the interests of whimsy we'll give it a pass. Although the fact it also wasn't found in the relatively youthful Tycho crater either threatens to snap the increasingly tenuous link.

Joking aside, NASA has, of course, lately been interested in finding water on the Moon to support future human missions. However, charting the lunar gravitational field has also been a priority, with the two spacecraft of the GRAIL mission charting variations in gravity, including mascons (mass concentrations), often associated with craters.

The South Pole-Aitken basin, however, is different. Rather than the typical bulls-eye affair seen with mascons, the data suggests a huge sub-surface mass.

As with all good science, the discovery has created more questions, some of which may be answered by future missions to the region.

We, however, look forward to astronauts unearthing something of impenetrable blackness before embarking on a doomed jaunt to Jupiter, accompanied by a glitching AI. Google and Microsoft probably have just the thing.

Thanks to the anonymous Register reader for drawing our attention to the mystery mass on the Moon. ®