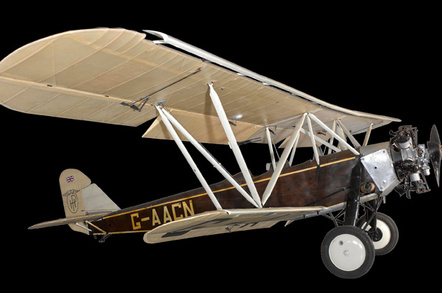 Hundred of flights were cancelled and aircraft grounded stateside over the weekend due to a mystery GPS glitch.

Reported in Hackaday and also discussed on PPrune (a site for pilots both professional and armchair-based to talk about aviation issues), the problem appears to lurk within the Automatic Dependent Surveillance-Broadcast (ADS-B) system used to transmit important information about an aircraft – its location, speed and so on.

The data, which is not encrypted and can be picked up by anyone with the right equipment, is collected by ground stations and shows up on air traffic controller screens. Operators in the United States will be required by the FAA to have the ADS-B fitted to their aircraft by 1 January 2020 in order to fly in controlled airspace.

To send location data, the ADS-B system needs to know where the aircraft actually is. GPS is used in putting this information together. However, and alarmingly, it appears that the GPS system is having a bit of a wobble as far as certain types of ADS-B hardware is concerned.

It appears that, for reasons unknown, the systems are having difficulty interpreting the signal from the satellites.

The implications of this degradation depends on the gear fitted to the aircraft. While pilots can use older systems for navigation, ADS-B will not operate without position data. In those instances, controllers must fall back to radar, which in turn means more cancellations and delays.

The affected equipment includes the Rockwell Collins GPS 4000-100 (according to a FAA advisory), and while it does not seem to be connected to the so-called Y2K issue for GPS (which happened on 6 April), aircraft suffering issues have been restricted to a ceiling of 28,000 feet.

While the cause of the problem is not yet clear, one poster has suggested that the Wide Area Augmentation System (WAAS) system on GPS satellites received a software upgrade that has left the system borked as far as the receivers on Rockwell Collins' gear is concerned.

Aviation International News reported Rockwell Collins' take as: "We identified a technical issue with our recently released GPS product(s) impacting availability, and have since determined the root cause and the resolution. We are engaging with our customers to ensure continued safe operational capability."

An Airbus-bothering chum of The Register told us that while his employer had not released a specific notice about the issue, there were quite a few through US airspace stating that GPS coverage would be lost.

For nervous fliers, he also noted that "the aircraft uses a composite position made up from feeds from GPS, internal inertial nav systems and ground based nav aids" so the issue wasn't a major problem.

Unless your flight gets cancelled and the bar is closed. ®