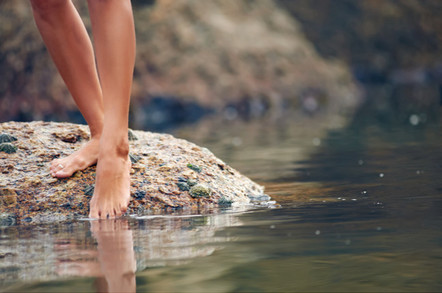 Founded in May 2013, Barefoot Networks specialises in programmable silicon and lays claim to the first end-user programmable Ethernet switch in the form of Tofino and its uninspiringly named successor, Tofino 2.

The switches themselves are programmed using the P4 language, a protocol independent platform to specify how a switch should process packets. It's a step beyond the software-defined networking (SDN) model.

Tofino 2 is aimed squarely at hyperscale data centres, and capable of processing packets at up to 12.8Tbps in 7nm process technology. The Protocol Independent Switch Architecture (PISA) used by the gear coupled with P4 support means network architects can tinker with designs as fashions and workloads change in the industry.

Which, of course, is where Intel comes in.

Chipzilla has defined interconnect as one of its six technology pillars (pillars that include security, but not "stop leaving buggy microcode in the chips").

The emborgment of Barefoot Networks and its expertise in cloud network architectures therefore makes sense. Intel's current range of network chippery does not come close to the flexibility afforded by Barefoot, leaving customers forced to work with silicon that would be great if only it did that one specific thing.

Certainly, the data centre market has been a tough one for Intel, with the chip giant reporting a drop in Data Center Group revenues for the quarter ended 30 March 2019 to $4.9bn from $5.2bn for the same period in 2018.

The deal is expected to close by Q3 2019 and while no figure has been disclosed for the acquisition, the company has trousered more than $155m over the last six years in funding. The likes of Tencent, Alibaba, Google and Hewlett Packard Enterprise have all had a dabble.

Currently attempting to tempt punters at Cisco Live US 2019, the Barefoot gang is currently led by Dr Craig Barratt, not to be confused with Craig Barrett, who held the position of CEO at Intel from 1998 to 2005.

Barrett finally stepped down from the board in 2009, Chipzilla will hope that a mere vowel change in the form of Barratt will usher in a return to those halcyon days. ®