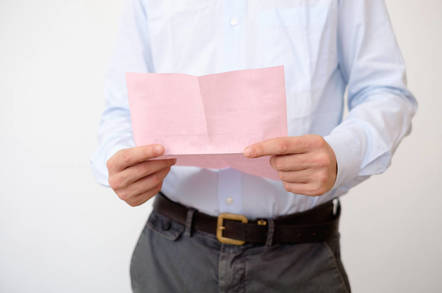 Updated IBM is once again understood to be warning some staff they face the chop in a number of its divisions.

Both the Watching IBM group and multiple posts on job board The Layoff say unlucky workers in the Watson Health, Cloud Services, and Global Technology Services (GTS) Infrastructure Services Delivery units had been notified their positions will be eliminated.

A spokesperson for IBM was unable to comment at time of writing.

According to anonymous employees within Big Blue's ranks, many of the laid off workers are being given a 90-day notice period before being given the boot.

"I wanted to share I was notified of my RA this morning. 14 years, currently in Cloud," one insider said. "Package is the same as before, work 90 days to get 1 months pay, or volunteer to retrain in a bootcamp."

In addition to Watson Health, Cloud, and GTS Infrastructure Services Delivery, workers in regional offices in Italy (300 people) and Costa Rica (150 people) were said to have been notified of their impending termination.

"IBM Italy has started a mobility procedure to layoff 300 people, referring to the divestiture of some previously considered strategic software to HCL," Watching IBM reported. "Ongoing discussion with unions will shape the final impact."

That the cuts would be in Watson Health and Cloud Services, two of the units IBM has highlighted in its attempts to remake itself in the face of a changing IT market, are not a particularly good look for Ginni Rometty and her cohorts.

The layoffs also come as part of the ongoing turmoil at IBM over its restructuring and choices in who to cut. Some former employees have filed suit claiming that older workers are being illegally targeted for the layoffs based on their age, while IBM has long maintained that it is only trying to get money out of its dying businesses and into emerging areas that have a brighter long-term outlook. ®