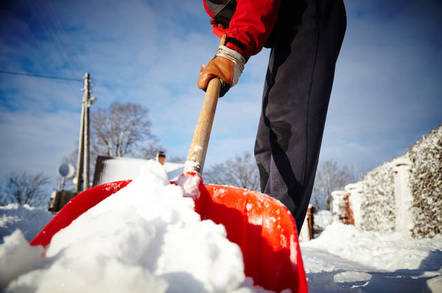 Not content entwining with Oracle, Microsoft has added another third-party database tech to Azure – this time to the Government incarnation of its cloudy platform.

The gloriously named Snowflake (at least in the context of the current US administration) is another take on the data warehouse, this time in fully relational ANSI SQL guise. With Snowflake, administrators get to use all those hard-won SQL skills in the potentially huge world of a data warehouse.

Government users of Microsoft Azure Government can now enjoy Snowflake's relational database smarts over all manner of structured and unstructured data, from CSV to JSON or Parquet. And we're sure US government agencies have plenty of data in all manner of formats that they'd be keen to analyse.

This is the first time Snowflake has been made available in a public region, according to the company, with Regional Vice President of the US Federal Business Ro Dhanda extolling the cloud-built data warehouse's virtues and the "strict government security and compliance" hoops the tech had to jump through.

Snowflake itself is a Data-Warehouse-as-a-Service platform, claiming to eliminate the administration and management headaches of a big data platform, with compute and storage split and automated scaling supporting varying workloads, applications and concurrent users.

Assuming your wallet can stand the cloud fees charged by Azure or AWS.

Snowflake was originally built for Amazon's cloud and the startup has trousered copious amounts of funding as investors and customers took to its YetAnotherThing-as-a-Service take on data warehousing.

The gang added Azure in July last year, acknowledging a world beyond AWS (in preview form at least).

Though both Microsoft and Amazon have their own takes on data warehouses – Azure SQL Data Warehouse and Redshift respectively – Snowflake's simplicity has appealed to customers.

Its active base has grown from a few hundred to over two thousand customers, tripling revenues in the last year. ®