Customers get to pay for it! 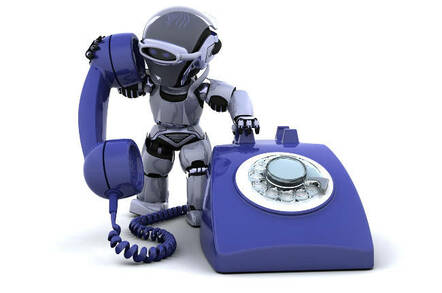 America's communications watchdog has finally acted to limit the billions of robocalls that cellphone owners receive each year.

After years of complaints, growing bipartisan political pressure, threatened legislation, furious attorneys general and stats that show the problem is only getting worse, the FCC approved a measure on Thursday that should not only stop such calls before they reach people's phones but implement the service by default, rather than requiring subscribers to opt-in.

The decision will allow mobile networks to block calls based on "reasonable call analytics" – in other words, identifying unusual call patterns – as well as provide a contacts-only whitelist. A related notice will see mobile carrier add a caller ID authentication system called SHAKEN/STIR before the end of the year. And the FCC will look a new "safe harbor" provision that means mobile companies can block spoofed calls.

The measure was passed unanimously by the FCC's five commissioners – a rare event in the increasingly partisan commission – and pretty much everyone is happy that the organization has finally acted in consumers' best interests, rather than the financial interests of the companies it is supposed to oversee.

Because, although the new measure will finally bring relief to millions of frustrated users, the FCC has purposefully left the way open for cellular operators to charge for its "service."

A very big part of the reason that robocalls exist in the first place is that mobile phone networks make a lot of money from them: if a call connects, the company collects, even if it's a recorded voice offering something you don't want.

The technology exists and has existed from some time that would enable mobile networks to identify and block these calls but they have dragged their feet, and encouraged the FCC to do the same, while continuing to profit from the misery of their customers.

This new measure – which both the FCC and mobile industry are continuing to pretend is a novel idea that they just arrived at - will finally stem the tide but the cellular networks don't want to lose their robocall revenue and so users can expect to see new charges appear on their bill to make it up. In other words, you will end up paying to make the service that you are already paying for bearable.

Don't believe us? How about FCC Commissioner Jessica Rosenworcel? She approved the measure today but put out a statement [PDF] noting that she thinks robocall blocking should just be a part of a functioning phone system rather than another revenue-making opportunity.

"As far as this new blocking technology goes, so far, so good. But there is one devastating problem with our approach. There is nothing in our decision today that prevents carriers from charging consumers for this blocking technology to stop robocalls," she notes.

"I think robocall solutions should be free to consumers. Full stop. I do not think that this agency should pat itself on the back for its efforts to reduce robocalls and then tell consumers to pay up. They are already paying the price—in scams flooding our phone lines; wasted time responding to false and fraudulent calls offering us what we did not ask for, do not want, and do not need; and a growing distrust in our most basic communications."

She also notes that, contrary to the self-congratulatory tweets, posts and statements coming from the FCC, "today's decision offers no more than an 'expectation' that phone companies installing this technology will not charge consumers a premium for its use."

She adds, just to make it really, really clear: "There is nothing here that prevents companies from charging each of us whatever additional fees they want to put this call blocking technology on our line."

And in case you are wondering, yes, mobile networks add dubious charges to people's phone bills all the time, to the extent that there is even an official word for it: cramming.

And that just the charges that can be challenged in court. If you look carefully at your phone bill, you will likely find a range of other charges tacked on, including:

In theory, all these additional fees make sense: they provide a degree of transparency and allow telcos to advertise the same price for their service across the United States.

But in reality, two things happen:

The FCC not only leaves the door open for cellular networks to charge for blocking robocalls but it also doesn't require the companies identify any such charge.

So while we may see a new fee called "Robocall service" added to all our bills in recent months, it is more likely that they will simply add it into the general "Regulatory Charge" fee – after all, it is the FCC as a regulator that has introduced the requirement.

The only question at this point is how much the mobile networks will try to charge for making their own service bearable. T-Mobile USA, for example, currently charges customers $4 a month for the self-same service.

But with the huge economies of scale that a default blocking service will bring, we would expect a significantly lower charge: perhaps 99 cents a month. It's impossible to know, or to know when this charge will appear and in what format.

But one thing is for certain: the cellular operators have already decided their strategy for replacing lost robocall revenue. And the really sad thing is that if they hadn't already figured it out then the FCC would never have approved this measure today. ®