Not even a video link, lawyers tell judge 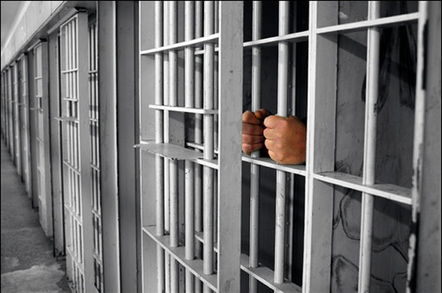 The half-expected move was announced in court this morning as Meg Whitman, one-time chief exec of HPE, arrived to give evidence in the long-running Autonomy trial.

"Mr Hussain has chosen not to give evidence to your lordship," barrister Laurence Rabinowitz QC, for HPE, told trial judge Mr Justice Hildyard in court this morning.

Hussain was found guilty of 15 charges of fraud in the US criminal courts and was sentenced a fortnight ago to five years in US federal prison, along with a $10m fine.

Paul Casey, barrister of the disgraced former CFO, previously told the High Court: "The judge [in the US] has made a recommendation that Mr Hussain should serve his sentence at a particular facility, which is the Allenwood facility in Pennsylvania."

Although Mr Justice Hildyard had asked whether the US prison system could provide a video link to allow Hussain to testify, nobody in court in mid-May was able to say for sure whether or not it would be available. Casey admitted: "There is a fair amount of uncertainty."

Hussain is due to report to prison on 17 June. There was previously some confusion in court over whether or not the former CFO would be able to testify before that date, with the question left hanging in the balance a fortnight ago when the court last sat.

As previously reported, Hussain's trial defence in the US was thrown out, leading to a set of verdicts that some regarded as inevitable from then onwards.

While he has chosen not to give live evidence, Hussain's legal team in the UK are still fully engaged on his behalf in the High Court.

Meg Whitman is currently giving evidence to the court. The case continues. ®