One for the money, two for the blow 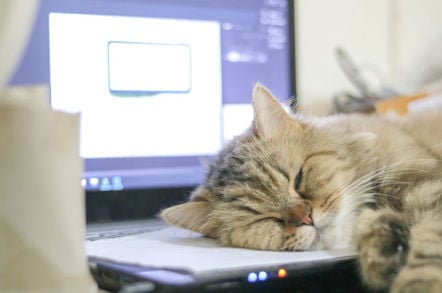 I beg to differ. "Private-interest" bulletin boards existed even back in 1989, and I have a sneaking suspicion that comparing notes on the most effective autoexec.bat sequence wasn't the only reason modem'd PC users wanted access to Usenet from their spare bedrooms.

The opening quote comes from Neil McArthur, director of the Centre for Professional and Applied Ethics at the University Of Manitoba, speaking to Metro newspaper earlier this week. He reckons some of us will be having "great sex" without human contact within the next six years, and this kind of thing will seem positively mundane by 2050.

McArthur works in the field of ethics. It's not really his fault that any comment he's asked to give about cybersex is inevitably going to be soundbite-friendly and, more usefully from my point of view, ready loaded with easy innuendo.

I feel for him.

What interests me alongside the potential for double entendres is the evolving motivational desires for the next generation of hackers, phishers, identity thieves, politicians and other scammers.

There is a theory that when a business decision or government policy does not make any logical sense, it can be explained by money or sex. Once you factor the exchange of brown envelopes or sexual favours into the process, everything starts to become clear. For example, there is a recurrent theme to political scandal: socialists advocating the sharing of wealth tend to get caught with their fingers in the till; conservatives espousing family values get caught with their trousers down.

But just because a few posh dinners, an all-expenses-paid vacation and a honey trap represent sufficient enticement for the current heads of government and industry doesn't mean such bribes will work in the future. Thirty years hence, could the offer of 45 minutes with a Boston Dynamics S.H.A.G.-13 do the trick?

Well, it might do for the supposedly burgeoning social group that already self-identifies collectively as "digisexuals" – people who forgo human relationships in favour of technologically generated virtual ones. By 2050, says McArthur, the prospect of bumping uglies in the real world will be "just one item on a very diverse menu".

I'm fine with there being lots of choice on the sexual menu when I'm in my mid 80s but excuse me if I skip the cheese platter.

Personally speaking, I fail to see the attraction of spending a night with Bride of Chucky, although I suppose if a sex-bot really was to be built by Boston Dynamics, you could do it while climbing a flight of stairs before backflipping onto a trampoline. Nah, to tell the truth, the whole doing-it-without-doing-it business of digisexuality promises all the thrills and, er, spills of Barbarella and Dildano taking a pill and holding hands.

Millennials are definitely driven by motivations quite unfathomable to middle-aged geezers like me. Wearing my journalism hat, for example, I always abide by Dr Johnson's tenet: "Only a fool writes for anything other than money." Millennials, on the other hand, clamber over each other in their insatiable desire to have their reporting and expertise published for no financial gain at all. I really don't get it.

This week I read a claim by Snap employees that some of their colleagues have been using a tool called SnapLion to capture user data on its Snapchat messaging service. This prompted the usual indignation from would-be Snapchat users who – get this, it's hilarious – believed the company's claim that "privacy is paramount". The very existence of SnapLion proves it isn't, but let's not get into that.

No, what baffles me is why anyone at Snap would want to look at their customer data in the first place, assuming it wasn't specifically prompted by the forces of law and order. Surely there's not a great deal going on in there worth selling to the forces of criminality unless there is a teeming black market for messages such as "CU in the pub at 9", "Buy more Oreos" and "Can you lend me a spare hockey shirt for my little Algernon?"

It is all rather reminiscent of Ed Snowden's claim that his bored colleagues in spyland routinely looked at the data of random private citizens to find something to laugh at. No money, no sex... just lots of hen party selfies at Disney World and bad haircuts in graduation photos. That's not my idea of criminal motivation but in these bleak days of cultural austerity perhaps you have to take what you can get. If that isn't a sharp indictment of open-plan offices, nothing is.

Maybe in the future, viruses and scams will no longer be a means to an end but be the end in itself: online criminality distilled to performance art. I certainly missed a trick when internet artist Guo O Dong managed to sell his 11-year-old laptop riddled with malware for a cool $1.3m this week. The list of the various types of shit festering away on his Samsung NC10 pretty much describes every computer I ever encountered that had AOL installed from a cover-mounted CD-ROM.

Where's the joy in that? The joy of hex?

Good luck to the digisexuals, I say. You'll need it, given a moniker like that. "Sexual" is clear enough, but "digi"? It makes you sound like you're manipulating something with your fingers... which sort of has its own internal logic. Don't blame me if you get called a bunch of wankers.

Me, I'll stick with the sex and drugs and rock'n'roll for my motivation. It's so old school, I expect it'll come back into fashion by 2050.

Alistair Dabbs is a freelance technology tart, juggling tech journalism, training and digital publishing. He apologises for alluding to the concept of "sex" in this week's column and thereby causing wilful offence to anybody who professes to have a gender, either by birth or by self-identification. If you have been affected by the issues raised, please contact @alidabbs