Deadline for offers is June 14 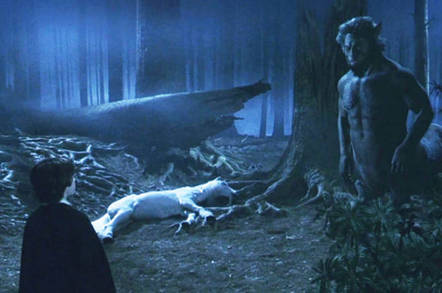 MapR Technologies, once a shining star of the emerging big data analytics set with a valuation of more than $1 billion, has two weeks to find an investor. Failure to do will see the software developer shutter its HQ and terminate 122 staff, including founder and CEO John Schroeder.

The company says it is in discussions with several interested parties in an attempt to stave off the disaster.

The threat of closure was revealed in a WARN notice [PDF], required in the US whenever a business with more than 100 employees is contemplating mass layoffs.

“As a result of this notice, you should expect that your employment with the company will terminate not later than June 14, 2019. There is no provision in the company for transfer, bumping, or reassignment,” stated the letter signed by Schroeder and mailed to employees earlier this month.

He added that MapR is “currently considering two letters of intent submitted by two different entities.”

“At this juncture, however, because the potential financing that until very recently appeared to be certain is now unlikely to materialize, the company believes that the most prudent course of action is to provide you with this notice under the requirements of the WARN acts.”

As Hadoop was running out of steam, MapR recast itself as a converged data platform and diversified into other much-hyped areas, like machine learning, and app containers based on Kubernetes. It was also expecting to file for an IPO – like fellow Hadoop-slingers Cloudera and Hortonworks. Neither did particularly well on the public markets, and the two subsequently merged under the Cloudera banner in 2018.

The real troubles at MapR started this year, after it reported “extremely poor results” in the first quarter of its fiscal 2020 – at a time when it was running out of money.

“Our Q1 results were not only disappointing, but also unexpected. While the reasons for the results are not entirely understood, they were at least in part due to the sudden, last minute, and unexpected postponement of several customers' timelines to make a purchasing decision,” Schroeder wrote in the notice.

MapR was conducting business negotiations and believed that it would receive funding sometime in May or June. But following the publication of the results in April, the unnamed party providing the finance suddenly decided to pull out of the deal.

Schroeder did not detail the actual numbers but it does not sound as though they were moving in the right direction.

There’s one serious problem with the company’s notice: in accordance with the Worker Adjustment and Retraining Notification Act of 1988, MapR was required to notify the affected parties at least 60 days before starting layoffs.

In the letter, Schroeder said the company simply couldn’t issue the notice earlier, since that would “significantly jeopardize” chances of success with respect to its pursuit of financing.

A spokesperson for the company was keeping their chin up, telling El Reg: “MapR received more than one letter of intent from interested parties, and today is engaging in the due diligence process in a transaction which, if consummated, may eliminate the need to close the Santa Clara [HQ].”