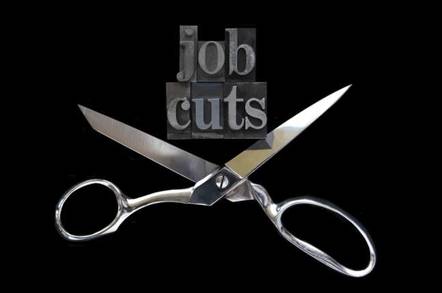 Beleaguered outsourcing badass DXC Technology has just reported another uneventful year in which $1bn in revenues evaporated, and it saved $500m in overheads, in part, by chopping 10,000 employees.

The corporate strategy since CSC crashed into HPE’s Enterprise Services business in April 2017 to create DXC, has seemingly been to cut costs faster than turnover can shrink, and try to spin up cloud and other lines ASAP.

CEO Mike Lawrie – who last month paid $6.8m for a second Palm Beach house in Florida – said on a conference call the company is still trying to build a “digital” business (cloud and related services) to offset traditional outsourcing.

“This balance between digital growth and traditional decline will continue to be lumpy as we go through next [fiscal] year," he said. "But this is the dynamic…. that will ultimately supply long-term growth for the company”.

The word 'digital', much like the prior quarter, was again heavily used by DXC execs during the earnings call.

More and more clients are shunning big outsourcing contracts in preference of cloud computing. DXC has partnered with the big providers including AWS and Microsoft to help cannibalise its own business by converting more customers to the fluffy stuff, rather than let those cloud firms do it themselves.

Lawrie said DXC hired 2,000 staff for its “digital capabilities” in Q4 with an emphasis on software engineers, dev ops engineers, SAP consultant, data scientists and security engineers. The pending buy of Luxsoft is part of those ambitions.

DXC “haven’t seen that much wage inflation” from those hires, the CEO assured analysts, because the people hired are “much earlier in their career.”

DXC CFO Paul Salah said in the year DXC “accelerated the redeployment of our Bionic automation programme,” which when added with other “workforce optimisation levers, allowed us to reduce our labour base by roughly 10,000 people or 7 per cent on a net basis.”

Back in 2017 DXC started life with 170,000 workers and according to its last official count in January, the company said it employed 130,000 people. That’s quite some going to make 40,000 people jobless in two years. Among them is a raft of senior ex-HPErs.

Salah said the business was “consolidating” its supplier base - dealing with too many suppliers is costly - and “leveraging our scale to renegotiate and restructure agreements, and shifting more of our work to strategic vendors”.

He added that DXC “eliminated” an additional 4.6 million square feet in office space through real estate consolidation, and “rationalised” nine data centres. “Since the merger, we have reduced our faculty’s footprint by more than 30 per cent”.

In the year, all the activities yielded $500m of in-year savings and around half of those were reinvested into “digital capabilities,” the CFO said. ®