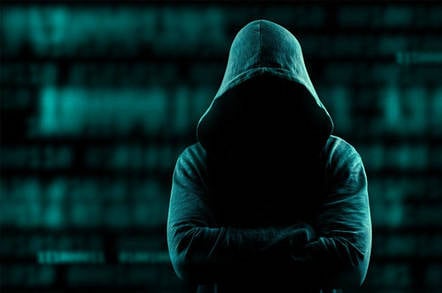 British ministers are stepping up their rhetoric on cyber warfare, with £22m to be splurged on embiggening an "offensive hacking" unit as Foreign Secretary Jeremy Hunt vowed to retaliate against Russian cyber-attacks.

In a speech delivered this morning at Lancaster House, the preferred venue for big foreign policy set-pieces, Hunt declared that Britain's "primary goal" must be to deter foreign state-backed hackers from targeting the country at all.

"In particular," he said, "we should be more emphatic about what we consider to be unacceptable behaviour and the consequences for any breach of international law."

His speech was the keynote of a NATO press conference, arranged for the NATO Cyber Defence Pledge conference. That conference was themed around getting alliance members to agree tougher responses to largely Russian hacking attacks.

Hunt continued: "Recent events demonstrate that our adversaries regard democratic elections as a key vulnerability of an open society. If cyber interference were to become commonplace, the danger is that authoritarian states would damage public confidence in the very fabric of democracy."

He said all this without acknowledging the electoral chaos rampaging through the UK thanks to the indecision of his own political party over the Britain leaving the European Union.

We must be very clear, any cyber operations designed to alter an election would breach international law and justify a proportionate response. Together we possess options for responding to any attacks that fall below the threshold for Article 5 and we should be prepared to use them.

Article 5 is the part of the NATO founding treaty which says an attack on one alliance member is counted as an attack on all of them.

NATO Secretary-General Jens Stoltenberg also chipped in, boasting: "None of the [hacking] attempts against NATO have compromised our secure networks and none have affected our operations."

The secretary-general, a one-time prime minister of Norway, ominously added that the 29-strong alliance must be "ready to use our cyber capabilities to fight an enemy" - though he later qualified this to mean in the same way that British hackers disrupted Islamic State extremists' propaganda channels during the ongoing war in Iraq and Syria.

Separately, yesterday evening, UK Defence Secretary Penny Mordaunt announced that a fresh £22m from the MoD budget would be be splurged on enlarging existing "offensive cyber" units. She said in a prepared speech: "Cyber enemies think they can act with impunity. We must show them they can't. That we are ready to respond at a time and place of our choosing in any domain, not just the virtual world."

All in all, British rhetoric is growing about the nation being increasingly willing to actively hack and damage other countries' cyber-infrastructure in retaliation for attacks on our own, or allied, infrastructure. With the general thrust of recent defence and foreign policy being to push Britain as a countering "force for good" against the traditional bogeyman of Russia, cyber warfare threats will be playing an increasingly larger role.

So far the UK has not admitted to actually using its hacking capabilities against another country. Only Islamic extremists in the Middle East have been publicly acknowledged as targets. ®