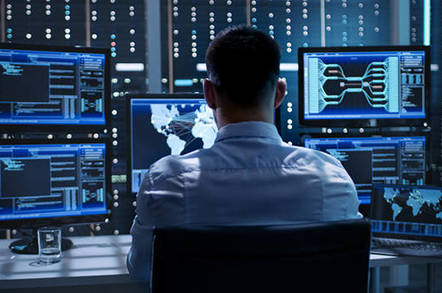 Comcast is working on a health device complete with motion sensors that will keep tabs on elderly or disabled people in their own homes.

The US cable giant will start a pilot of the system this year with a rollout planned in 2020. It uses motion sensors and would do things like log how many trips to the bathroom someone is taking, or how long they are spending in bed – with the idea that it would help identify potential problems before people require a hospital visit.

The device will also allow someone to communicate with it by speaking, and act as a digital assistant, including providing Alexa-style responses as well as make an emergency phone call.

Few details beyond that are available, although Comcast confirmed to El Reg that the system is in development. The company stressed however that the system is only intended for health and will only detect motion, rather than be part of a wider smart speaker system like Alexa.

Regardless, the news has sent privacy advocates in a spin, especially if, as it appears, the device will be introduced in partnership with health insurance companies.

Digital privacy expert at ProPrivacy.com, Ray Walsh, warned that the device should be viewed more as a privacy threat than a possible health benefit. "This smart home device may be of concern, especially if the device is to be rolled out in partnership with a health insurance company," he warned.

"For insurers, the ability to monitor people's health can equate to explicit knowledge of that person's eligibility to health insurance and if a device is able to ascertain that somebody's health is deteriorating - or lifestyle habits are putting that person at increased risk of illness - it is possible that this kind of device could wind up raising people's life insurance costs."

Walsh is concerned about the device effectively being used "to perform some level of corporate surveillance."

The battle for your home

In recent years, Comcast has attempted to use its huge installed base of cable subscribers – many of who also get their internet access through the company – to grab market share in new smart home technology while staving off technology companies like Google with its Nest products, Amazon with its Alexa products, and Apple with its HomeKit system.

Apple in particular has been moving into the health market, increasingly pitching its lackluster Apple Watch as a health monitoring device – although that may also be due to its senior executives increasingly viewing technology as something to help them in their old age. And it used to be music and dancing.

US health insurance companies are also keen to use new technology to reduce their costs – which, in the wildly broken US healthcare system means trying to get people not to visit hospitals at all.

According to CNBC, which originally broke the story of the device, Comcast is hoping to use the device to prevent patients from ending up back in hospital after they've been discharged. That's because the federal government has started fining hospitals for booting patients out of hospital beds too early: an issue that has seen increasing numbers of them return to emergency rooms soon after operations.

Yeah, you better, you... you better tell us how you're misusing people's data, privacy, watchdog suggests to US telcos

Hospitals and health insurance companies see great promise in being able to monitor people in their own homes – because it is much, much cheaper to do that than have them monitored in a hospital.

And who better to help them in that process than another company that tends to view its customers as their property, rather than a paying customer? It's a marriage made in heaven (surely you mean hell? – Ed) for Comcast and health insurance companies.

Now, Mrs Jones, don't you think it's time you got up from bed and walked around a little bit? It's been 4 hours and 12 minutes since you last got up. And why not visit the toilet while you're at it? We wouldn't want to have to raise your premiums now, would we? ®