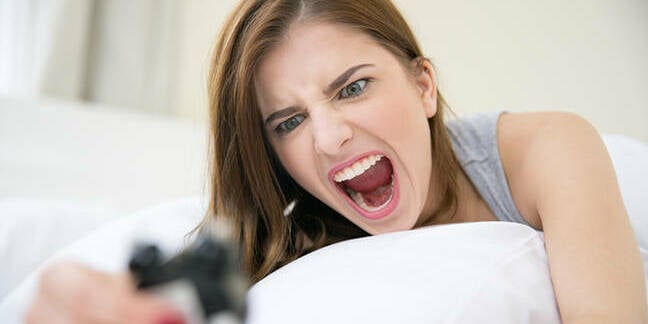 Despite telling users that it takes its customers privacy "very seriously" and "designed our system to record as little information about our users as possible," Lovense later argued in court documents that recording how hard its customers like to take it is no more than the "ordinary course of business."

Even if that business is getting people off with pink C-shaped vibrators, the judge decided [PDF] that it was far from "ordinary" to gather the information.

Among the legal arguments thrown at Lovense, S.D. claimed that the company had broken the Wiretap Act by accessing that information without asking for permission or even informing her that it was gathering the data.

Lovense did not deny it was gathering the data but instead argued that the Wiretap Act didn't apply because the device connects using Bluetooth and since it is a short-distance protocol it doesn't constitute an "electronic communication."

The judge didn't rule with them on that argument, however, because he decided the data interception happened over the internet, not Bluetooth. And to make sense of that you need to understand the latest in long-distance loving.

The company’s website foresees couples using this system from opposite ends of the globe as well as sat at a restaurant table. We're not sure of the wisdom of either, especially given time differences, but presumably people make it work.

Having struck down the claim the Wiretap Act did not apply thanks to Bluetooth's short distance, the judge also disagreed with the assertion that the time/date and intensity setting did not constitute "content." It is content, he decided, because it was an "intended message to another" and an "essential part" of the communication – which is hard to disagree with.

Hard to disagree with the legal argument that is; you can see how disagreement may arise over the intensity level one person sat in a different country decides and what the other person at the receiving end of it feels is correct.

The decision on which setting to send is not "incidental", the judge noted but instead "the very essence of this particular type of touch-based communication." Hence, content.

The parent company of Lovense, Hytto, then argued that it was a "party to the communication" and so couldn't wiretap its own communications. But this was very much a party that the company hadn't been invited to, the judge ruled.

Hytto may feel that it was only "common sense" that it was collecting this information because it was providing the vibro service, but the judge pointed out that it didn't explain how collecting the information was necessary for people to use it app. And following its plainly stated privacy policy, he decided that "a reasonable person could conclude that Hytto would not harvest data about how its Body Chat app or paired devices were used."

And American agents would get access to UK systems