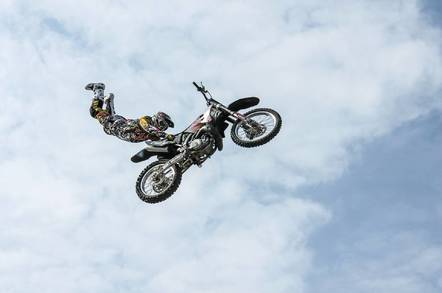 Dell Technologies' cloudy division Virtustream has expanded its range of professional and managed services with the launch of xStreamCare.

The suite of services aims to get customers that are still stuck in on-premises data centres to adopt cloud computing – irrespective of whether they want to use Virtustream’s public infrastructure or someone else’s. xStreamCare is primarily focused on mission-critical workloads; the biz stakes its reputation on the assumption that the cloud model is mature enough to host the corporate crown jewels.

Virtustream said its teams can handle planning, migration, and management of applications, and distribute them among multiple cloud providers. We're told nearly 90 per cent of organisations studied by analyst house Forrester reckon they’ll maintain or increase their investments and staffing for multi-cloud deployments over the next two years, hence this multi-cloud play by the Dell division.

xStreamCare teams can also optimise existing cloud assets, carry out compliance audits, test disaster recovery tech, scan for vulnerabilities – do pretty much anything that can be outsourced.

Some of these tasks are made possible through the company's shiny new automation tools, veep for strategy and business operations Rob Scott told the Virtustream Summit in London on Wednesday.

"Over the last two years we have really matured the infrastructure and the management control plane, and we developed the APIs that now our services organisations leverage," Scott said.

Unlike some of its competitors, Virtustream has never been exclusively focused on infrastructure-as-a-service, but on hybrid cloud architectures, and ways to use them.

The biz was founded in 2009, and acquired by EMC for $1.2bn in 2015. EMC was widely expected to rebrand it as its own managed cloud services division, to hedge against any disruption to its traditional storage hardware business.

Instead, in October 2015 the company announced that Virtustream would become the foundation of a joint venture between EMC and VMware. But VMware shareholders did not like the deal and plans for the JV were cancelled in December 2015.

After Dell acquired EMC, and VMware got rid of vCloud Air, Virtustream became the de-facto core of Dell Technologies' cloud strategy and is now being promoted alongside other members of the so-called federation, like EMC, Pivotal, Secureworks, and RSA. ®