Baltimore hit with more ransomware, ChinaMobile gets the boot in the US, and another (mild) Systemd system-d'oh! 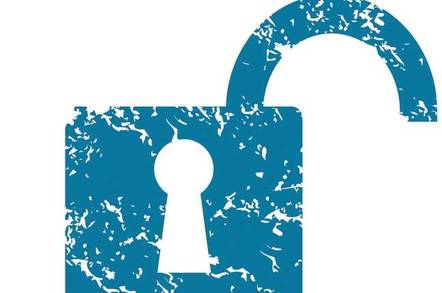 Roundup Last week, a Symantec boss stepped down, a Chinese hacker was called out, and an AirBnB hidden camera creep was cuffed.

What else went on? See below.

File this one under bad situations that probably don't affect anyone.

It reemerged that some older generation AMD processors fail to generate random numbers in hardware after waking up from suspend, which has knock on effects into Systemd on Linux.

The bug is down to the fact that the software stack relies on the CPU's RDRAND instruction to generate random ID numbers, but this instruction fails to work properly, returning an error code, on older AMD chips after the machine wakes up from suspend. The end result is the computer can't suspend again after waking up until the box is rebooted.

Fortunately, this flaw is extremely limited in scope. Those at risk include folks running certain versions of Linux, and the bug only shows up in generation 22 AMD chips (Ryzen is generation 23, for reference). So if you have a newer CPU, it will never show up. And in any case, developers are working on a fix.

Diachenko, who has made a number of similar responsible disclosures - including another huge database breach last month - promptly notified the Indian CERT team, the national agency tasked with responding to major cyber security incidents.

Unfortunately, Indian CERT was dragging its feet, and a week later, the entire repository suddenly disappeared – in its stead, Diachenko found a calling card for hacker group Unistellar.

What this likely means is the database was discovered by Unistellar, who then attempted to extort the owner: Diachenko previously detailed a campaign of attacks against unsecured MongoDB databases, dubbed MongoLock.

What makes this story particularly interesting is the fact that the database had no apparent owner – suggesting it could have been a part of a large data harvesting operation, and the details were intended to be used in carrying out cyber crimes. So, no ransom then.

Baltimore hit by ransomware (yet again)

No, this is not a repeat from 2018. The US city of Baltimore, Maryland is once again being hit with a malware infection.

This time, it's a ransomware infection that has managed to shut down services at the City Council offices, board of elections, parks and rec, legislative reference office, and email for the police department.

No word yet on when services could be restored.

The US-CERT has issued an alert to admins urging them to make sure copies of the Cisco Elastic Services Controller were up to date.

This after Cisco patched a critical flaw in the network management tool that could allow an attacker to target the REST API and bypass authentication protections. Versions 4.4 and earlier are vulnerable, though REST is not enabled by default, so most companies should be fine.

China Mobile blocked from the US

The Federal Communications Commission has once again taken action to keep a Chinese telco out of the US.

This time, it is China Mobile who was told no by the US comms watchdog This after a review by the commission returned concerns that China Mobile was a little too close for comfort with Beijing, and may be pushed by the government to spy on network communications.

"Specifically, after an extensive review of the record in this proceeding, the Commission finds that due to several factors related to China Mobile USA’s ownership and control by the Chinese government, grant of the application would raise substantial and serious national security and law enforcement risks that cannot be addressed through a mitigation agreement between China Mobile and the federal government," the FCC said.

Stop us if you've heard this one before: Facebook is fessing up to allowing an unscrupulous marketing partner to play fast and loose with user data in an announcement released late in the afternoon West Coast time - just as it did with Cambridge Analytica.

Korea's Rankwave is the culprit this time, as the Social Network says it wants to take the matter to court.

"Rankwave failed to cooperate with our efforts to verify their compliance with our policies, which we require of all developers using our platform." ®