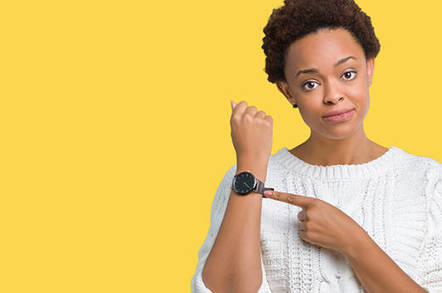 Faced with growing political and legal anger, Ajit Pai, the chairman of America's communications watchdog, has again promised to do something about robocalls – and again left critics fuming over his foot-dragging antics.

Pai's FCC made two announcements on Monday – that as the boss of the federal regulator, he "expects major phone companies to implement SHAKEN/STIR caller ID authentication standards this year" and that he will hold "a summit on July 11, 2019 to examine industry’s progress toward meeting this deadline."

Every three months, it's the same thing. And every three months nothing has changed. Legislators, policymakers, and prosecutors are running out of patience. In the meantime, the telcos ring up more profits from all those annoying robocall and everyone else gets inconvenienced.

Pai's fellow FCC Commissioner, Jessica Rosenworcel appeared caught off guard by the announcement of a special robocall summit in July but was clearly unimpressed. "The situation with robocalls is a NIGHTMARE," she tweeted. "Can we stop holding summits and do something already?"

Rosenworcel then listed three things the FCC can do straight off the bat to kill the epidemic of daily robocalls: require call authentication technology, make available free tools to consumers to block these annoying automated calls, and set up an FCC robocall enforcement division.

These are not new issues. Six years ago, the FTC awarded $50,000 to two inventors who came up with methods to defeat robocalls. And back in October 2016, the FCC – under then-chairman Tom Wheeler – gave mobile operators just six months to come up with and implement real solutions or he would impose new rules.

Since Ajit Pai has taken over as FCC boss, the regulator has engaged in a sustained combination of foot-dragging and gas lighting: continually saying that robocalls are the FCC's top priority while doing little or nothing to combat them. If you live America, you'll probably have experienced several calls a week to your cell or landline from miscreants pushing ID fraud scams and suchlike.

Last week, 42 US state attorneys general wrote to the FCC to warn that the endless stream of robocalls is causing serious harm to ordinary Americans. And at Congressional hearings last week, Pai was pressed on what the FCC was actually doing to tackle the problem. The answer has come back: more of the same.

After years of doing nothing, the FCC's robocall summit appears designed to give mobile operators another year before doing anything. The summit's goals, according to the FCC, will be to "feature stakeholder discussions of (i) lessons learned from major voice service providers that have begun to deploy call authentication technology in their own networks and test inter-carrier call signing; (ii) the technical barriers, if any, to deployment of SHAKEN/STIR by other major voice service providers; (iii) challenges to deployment faced by smaller voice service providers; and (iv) the use of call authentication to reduce spoofed robocalls and improve the consumer experience."

Which is a very industry friendly approach: asking what the problems and challenges with deployment are with a framework that was first approved a year ago this week by the FCC's North American Numbering Council (NANC).

Even this approach – the SHAKEN/STIR framework that requires calls to be "signed" as legitimate by the originating carriers and validated by other carriers before reaching consumers – is only a partial solution.

In other words, phone companies can already do more than the SHAKEN/STIR framework that Pai has asked them to implement every quarter but aren't doing it. Why? Because blocking calls doesn't make them money, but connecting calls does.

Until there is a realistic chance of new legislation passing that would force the FCC's hands – and the bipartisan Telephone Robocall Abuse Criminal Enforcement and Deterrence Act (TRACED Act) hopes to do exactly that – we can expect to see Pai continuing his stalling and foot-dragging. We may even get more summits.

With Pai seemingly only interested in looking like he is doing something though, it's important to note that he's sitting on his hands while tens of millions of Americans receive countless robocalls on their devices every day. ®