Out of 25 million? Cripes 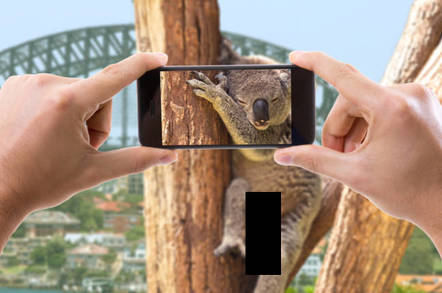 Those pictures were private... they were just for our inner instagram circle!

The Office of the Australian Data Information Commissioner's quarterly report has revealed that more than 10.5 million Ozzies – about 40 per cent of the lot of them – had their personal data slurped in one single incident in the first three months of 2019.

One specific incident affected "10 000 001 or more" individuals, while another single event hit between "250 000 and 500 000". At least 10.5 million all told had their data slurped. The regulator has also issued its report for the first year of notification requirements, which showed three incidents that affected more than one million people.

The DIC added that 31 per cent of breaches were blamed on sending email to the wrong recipient, 16 per cent due to loss of paperwork or storage devices and 28 per cent blamed on accidental release or publication of data.

Of outsider incidents, 66 per cent involved cyber, 5 per cent were down to social engineering, 14 per cent theft of paperwork or storage devices and 15 per cent were blamed on insider or rogue employee actions.

Of those cyber attacks, 40 per cent were blamed on compromised or stolen credentials taken by an unknown method, 20 per cent from credentials stolen via phishing attacks, 13 per cent were caused by malware, ransomware and brute force attacks both contributed seven per cent.

Private health providers made up 27 per cent of total notified breaches and 13 per cent came from the finance sector.

The OAIC does not typically name companies which have been breached, but some observers have pointed the finger at Marriott’s mega-breach – although The Reg notes that the massive personal data dump uncovered on Mega in early January could equally be suspected.

You can find the quarterly report here (PDF) and the numbers for the year here. ®