I'll, er, get the tab? It's Internet Edgeplorer as browser pulls up chair to the Chromium table 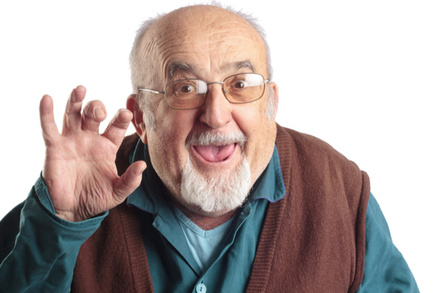 Build There were nods to the past and future at Microsoft's Seattle Build event as the company teased upcoming features for its latest crack at a browser that people might want to use.

Leaving Internet Explorer festering in Windows 10 as the original Edge was launched did not go well for Microsoft. Low take-up of its shiny new browser meant it barely showed up in web statistics while Internet Explorer continued to remain a thing. Indeed, Microsoft's key customers stuck with the elderly tech to handle equally elderly intranet sites.

The problem for Microsoft is that enterprises got used to this situation. Jatinder Mann, principal group program manager of the web platform for Microsoft Edge, told us that 60 per cent run in a dual-browser scenario – IE for legacy stuff and another for modern content.

That modern content is unlikely to be troubling Microsoft's original Edge browser, and there is little reason to change even with the arrival of the new Chromium-based Edge.

However, by adding an Internet Explorer mode to new Edge, users should enjoy a more seamless, single-browser experience. Right?

Microsoft has been at pains to get users to migrate from Internet Explorer and to that end the magical new technology will spin up an Internet Explorer browser tab within Edge (currently identifiable by a cheery IE logo, although Senior Program Manager for Edge Colleen Williams told us that might change) if the site is in the Enterprise Mode for IE URL list.

Therefore, IE is unlikely to trouble ordinary users. Williams' fellow Edge botherer at Microsoft, Kyle Pflug, clarified things a bit further. IE would also be shoved into a sandbox, so naughty code that might have once added awful toolbars to the browser would not be permitted. In addition, sites that insist on IE mode would also not be allowed to access cookies, passwords or other data generated in Edge mode.

The move will please administrators still faced with running legacy sites, although some will feel the pinch from the limitations – notably the blocking of browser practices that might have been acceptable in the '90s.

Of more interest to end users is the arrival of extra privacy options in Edge, although the function remains somewhat of a moving target, with even the names of the Privacy levels up for grabs as development continues.

Pflug explained the challenge was how to present the options in a way that customers would understand and, having decided a dial was too vague, Microsoft's current thinking is to give three options: Strict, Balanced and Unrestricted.

While all three modes block trackers the company has identified as malicious, the level of "safe" tracking varies wildly. Unrestricted means more personalised ads as non-malicious trackers from all sites are allowed. Balanced will block trackers from new sites, meaning the creepy experience of seeing ads based on previously visited sites should happen less. Finally, Strict blocks all trackers, but Pflug conceded that "some sites just might not work".

Users will also be able to set exceptions to the privacy rules for favoured sites, but Pflug pointed out the feature remains in development and the Edge gang is keen to gauge feedback from their loyal band of unpaid testers before actual end users get their hands on it.

Finally, an entirely new feature was also touted in the form of Collections, something that might help those still mourning the loss of Sets to move on.

Still at a very early stage (although Pflug assured us that it would see the light of day), the feature allows a user to drag and drop images, text and data from web pages into a single document, held within Edge.

However, rather than a simple copy and paste, the objects are linked back to their sources, replete with citations, the meaning of which Edge is capable of "understanding". For example, spotting prices on a retail site.

Program manager Candice Poon, responsible for the feature, told us plans were afoot to allow the documents to be exported into the likes of PowerPoint and Excel for sharing.

Poon was also quick to reassure us the intelligent wizardry going on behind the scenes to determine the meaning of the content was happening entirely locally – there was no naughty shovelling of user web pages up to Azure for analysis.

While the changes won't be slipping into upstream Chromium any time soon, the likes of Collections will be finding their way onto other platforms as part of the Microsoft Edge proposition. However, the timetable for actually delivering the features remains, er, fluid. ®