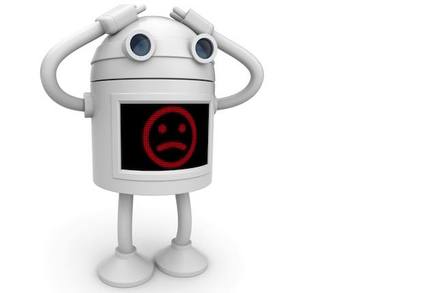 The apps bundled with many Android phones are presenting threats to security and privacy greater than most users think.

This according to a paper (PDF) from university researchers in the US and Spain who studied the pre-installed software that 214 different vendors included in their Android devices. They found that everyone from the hardware builders to mobile carriers and third-party advertisers were loading products up with risky code.

"While it is known that personal data collection and user tracking is pervasive in the Android app ecosystem as a whole we find that it is also quite prevalent in pre-installed apps."

To study bundled software, the team crowdsourced firmware and traffic information from a field of 2,748 volunteers running 1,742 different models of devices from 130 different countries.

Across all those different vendors, carriers, and locales, one theme was found: Android devices are lousy with bloatware that not only takes up storage, but also harvests personal information and in some cases even introduces malware.

"We have identified instances of user tracking activities by preinstalled Android software – and embedded third-party libraries – which range from collecting the usual set of PII and geolocation data to more invasive practices that include personal email and phone call metadata, contacts, and a variety of behavioral and usage statistics in some cases," the team wrote.

The device vendors themselves were not the only culprits. While the bundled apps can be installed by the vendors, bloatware can also be introduced by the carriers who add their own software to devices as well as third parties that may slip in additional advertising or tracking tools into otherwise harmless and useful software.

Android Wear: The bloatware that turned into gloatware

Addressing this issue could prove particularly difficult, the researchers note. With vendors and carriers alike looking to eke a few extra bucks out of every device sold, bundled apps and bolted on advertising and tracking tools are highly attractive to companies, and absent pressure from a higher-up body, the bottom line will almost always win out.

To that end, they recommend someone steps in to offer audits of the supply chain and catch potential security and privacy threats in bundled software.

"Google might be a prime candidate for it given its capacity for licensing vendors and its certification programs," the researchers note.

"Alternatively, in absence of self-regulation, governments and regulatory bodies could step in and enact regulations and execute enforcement actions that wrest back some of the control from the various actors in the supply chain."

The study, An Analysis of Pre-installed Android Software, was written by Julien Gamba, Mohammed Rashed, Abbas Razaghpanah, Juan Tapiador, and Narseo Vallina-Rodriguez. It is being presented later this month at the 41st IEEE Symposium on Security and Privacy. ®