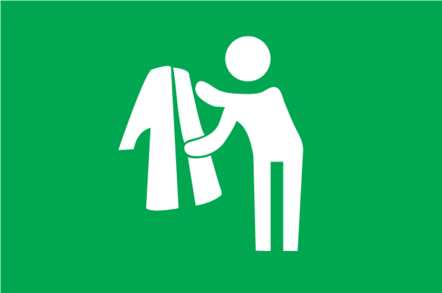 Bill Clinton was president of the United States when I first started at The Register, mobile phones (and anything else "mobile") were low-rez monochrome chunks of plastic, and politicians were slack-jawed children when it came to technology.

Some things don't change, but today one thing does. After 19 years – the first seven in San Francisco and the rest in London – and over 6,000 stories, I'm moving on. I'm very proud to have helped The Register survive and then flourish. It was a close-run thing after the dot-com bomb, when it was just four reporters, and the roof literally caved in on our palatial Mayfair premises above a kebab shop. When, for a while, the grandly named "San Francisco Bureau" (for which I was a very grandly titled "Chief") largely consisted of me and (now best-selling author) Ashlee Vance working on the sofa in a stripper's bar in the Tenderloin, trying to catch a Wi-Fi signal from Ashlee's flat over the road.

I can't claim to be The Register's first employee – that honour goes to Tony Smith – but in early 1998 I was wondering if the fledgling El Reg might need some help. "We're a couple of anarchists who'll be bust in six weeks," I was told. "Accept that job offer from [a large publishing company]. But if we don't go bust and you're ever bored give us a ring."

I'm delighted to have had the chance to work with some of the best, and bring in new talent, too. Where others merely saw a privileged, privately educated heroin addict losing billions of pounds of other people's money, I saw a star in the making. No one was more distressed than me to discover, then, some years later, that he was a foreign agent of thinkfluence.

I've given much thought over the years to how I'd "close out" (as John Peel used to say at midnight to his three remaining listeners). Perhaps by running through my best and worst predictions*. Perhaps, I mused, I'd close out by picking my favourite interview*. Or my favourite Reg headline. Or my favourite feature. Or the thing I'm most proud of having commissioned. Or maybe The Moderatrix's best ever comeback line**. Yes, I thought, I could do that, then spend a happy day padding that out. But I won't.

We love you guys (sometimes)

The most unique thing about this unique publication is its community. It would come as a shock to IT journalists joining The Register that IT people actually read their work and more horrifying still, even had a knowledgeable opinion on it. A few years back, when I was a systems programmer in the early 1990s, the cellophane always stayed on the free weeklies – only to be ripped open for BOFH or Cringely. When I started here, I'd get 40 or 50 emails per story. One in particular got over a thousand, almost all confessing shame and gratitude – and a decade on that piece still gets emails (it's a good example of a piece being sent back for a rewrite, the first attempt was rubbish). Emails were such a valuable source of enlightenment (and scoops), but they dried up too. Today it's the comments that really make The Register so different.

While I won't be doing the daily news grind any more, there's one thing I can't give up. John F Kennedy once said that if he hadn't had sexual intercourse by midday, he'd get a splitting headache. Writing is like that for me a bit – I get itchy. And the thing is, there's still so much to write about***.

Politicians haven't got much smarter over 19 years, although weirdly they talk about "technology" more than ever. They speculate about blockchain, the "Fourth Industrial Revolution", smart cities and smart hubs and smart driverless cars. Having lost the ability to talk to us, they just waffle on to each other about these fantasies in their own bubble. So there's that to address. Poor policy also risks throwing the baby out with the bathwater. And we do need democratically accountable governance now that technology giants are more powerful than nation states.

That's what I'll be looking to do in the future. If you want to keep abreast, just get in touch by email (Andrew (at) andreworlowski.info) or on LinkedIn or Twitter, soon to be open.

So thanks, readers, for such fun, such wit, and the lasting friendships. We've grown old together and maybe a bit wiser – thanks to you, I know I am. Now, I have an urgent date with some old black and white films on BBC 2. I'm off. ®

* As far as I know, this is the only interview Britain's most brilliant hardware guy, Mark Gretton, has ever given.