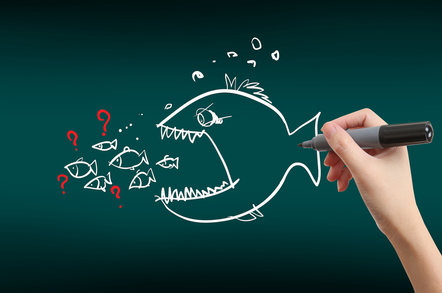 SecureLink, owned by private equity investor Investcorp since 2015, has ops in eight European countries including the Nordics, Netherlands, UK and Germany. It turned over €248m in sales in 2018.

The portfolio includes remote security software, along with specialised consulting, maintenance and support services including 24/7 security operation centres. SecureLink has itself snapped up various security houses including ZIONSECURITY and reseller Nebulous.

Some 660 SecureLink faces will join Orange, a subsidiary of France Télécom, taking the total headcount of infosec personal at the telco to around 1,800. The combined businesses would have had revenue of €600m in 2018, Orange claimed.

This is the second buy in the security sector this year for Orange Cyberdefense following its deal to take over UK-based SecureData for an undisclosed sum in February. The unit works alongside Orange Business Services, selling to more than 3,000 multinational enterprise customers.

Hugues Foulon, Orange exec director of cybersecurity, said in a canned statement that "scale and proximity" are the most important factors to clients: threats are global but enterprises want someone local to hold their hand when shit hits the fan.

"Orange has the highest scale to anticipate and fend off attacks, as well as local defence teams in all the main European markets, positioning the combined organisations as the go-to defence specialist," he said.

Other telcos including BT have also made efforts to build their security business but these two buys give Orange ready-made scale from two big established names in the UK market. ®