'Into a club-worthy Ibiza anthem,' apparently 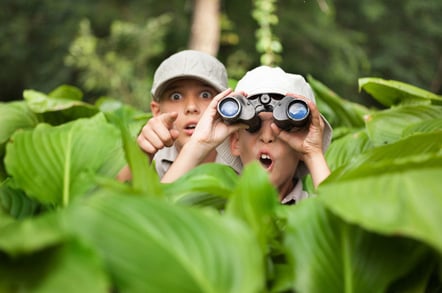 Clearly not sated by his weird collab with Icelandic muso goblin Björk a few years back, renowned telly zoologist and Britain's dad Sir David Attenborough is showing the world that, at the age of 93, it's never too late to drop some sick clubland beats.

According to the BBC, the venerable broadcaster and natural historian is seeking the help of a DJ to whip a three-minute field recording of gamelan music he made in the 1950s "into a club-worthy Ibiza anthem".

Gamelan is percussion-heavy traditional ensemble music that developed over hundreds of years in the hermetically sealed environs of Java and Bali in southern Indonesia. It can range from ethereal chimes to intense blasting and is unique for its use of interlocking melodies and counterpoint. The specific, er, "subgenre" Attenborough recorded – gender wayang – can be heard below and tends to accompany Balinese shadow puppet shows and sacred Hindu rituals.

Not quite "Sandstorm" but, hey, there has to be endless potential for any imaginative music tech whizz.

"So it is haunting music that you hear every night – or you did in those days, in the villages of Bali."

The idea is to preserve gamelan for future generations as the style has waned since pop arrived in Indonesia.

A competition to remix the ditty is being run by music mag Songlines and funding body the PRS foundation. Sir Dave will judge the entries with help from a panel comprising BBC Radio 6 DJ Cerys Matthews (though probably better known as singer for Welsh rockers Catatonia), electronic musicians Ghostpoet and Matthew Herbert, Irish composer Hannah Peel and dance label mainstay and DJ Gilles Peterson. A shortlist of six remixes will go to public vote later this year.

So, uh, fire up FruityLoops if you are that way inclined.

And here's us thinking Register staffers were into some weird stuff.

To be quite honest, eyebrows would shoot skywards if it was any other ageing telly star – but Attenborough has shown time and time again that he is a national treasure beloved by both young and old with equal vigour. He can do whatever the fuck he wants. ®