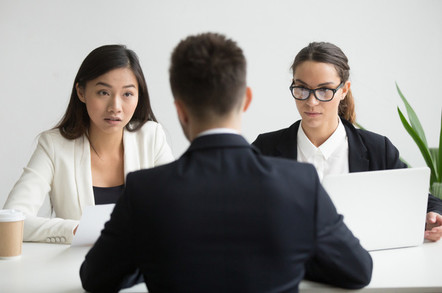 Average salaries for tech jobs advertised in the UK are up 1.7 per cent compared to last year, according to jobs-board botherers at Reed Technology.

The tech sector overall saw an increase in advertised jobs of 10 per cent, down from 12.2 per cent in 2017.

The survey also found that while the overall number of tech roles advertised increased by 10 per cent since the start of 2018, specialist roles such as .NET developer (a 13 per cent rise), data scientist (at 20 per cent), and business intelligence developer (up 13 per cent) showed higher than average increases.

Andrew Gardner, director of Reed Technology, said: "Looking to 2019 and beyond, there will be a host of development-based roles on the market, as well as service desk analysts. There are plenty of roles out there for candidates with mobile experience and front-end development. Alongside that, firms will also need people with cloud-based experience, and storage skills."

Changes to legislation like GDPR has created demand for staff with the right skills and experience.

Gardner added: "Brexit is another factor impacting the number of roles available. Many development roles are currently filled by workers from EU countries, and we don't know how the industry will react if there are new restrictions enforced on those employees.

"In general, except for in particularly small companies, the days of having an 'IT guy' who does a bit of everything are disappearing. Technology is no longer the reserve of one or two members of the team, instead, there is a need for specialist skills."

Reed looked at more than 10 million jobs advertised since 2015 and found a robust industry with minimal changes due to seasonal demand. Even the credit crunch had negligible impact on tech job adverts. ®