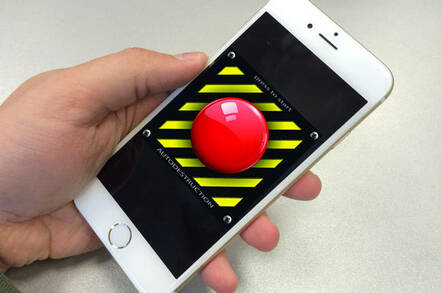 No less than 42 US state attorneys general have warned that the epidemic of robocalls sweeping the nation is causing serious harm to ordinary Americans.

In a letter [PDF] to telecoms regulator, the FCC, the AGs note that "the explosive growth of caller ID spoofing and robocalls is being driven primarily by scams," and point out that the estimate of 40 billion robocalls to US consumers last year was too low: there were actually 48 billion calls, representing a 57 per cent increase on the previous year. The situation is only getting worse, they warn.

Those also note that robocalls are the number one consumer complaint and have resulted in $488 million in consumer losses, a 49 per cent increase over 2017. "The exponential growth in unlawful scam robocalls is putting more and more of our vulnerable populations at risk," they state. "The [FCC's] new rules cannot come soon enough."

That warning is reflected in the experiences of every day Americans. Just this morning, one blogger noted that his mother had been scammed by a robocaller sparking him to write a guide to avoiding being ripped off as a Mother's Day present. "Let’s shut some scumbags down," he tweeted.

That tweet got an immediate reply from another affected person: "A robocall scammer pressured my 80-year old grandfather into giving them thousands by calling him in the middle of the night and telling him his son had been arrested."

The proposed new rules were put forward [PDF] in February at the same time as the FCC's first report on robocalls and would expand existing rules about spoofed caller ID calls to cover companies outside the United States calling US citizens. The proposal [PDF] would also expand the type of services that the existing rules would cover.

Those changes have been widely panned, however, as too little too late. And the state AGs appear to agree.

"The State Attorneys General encourage the Commission to adopt the rules, and also offer our continued support of a proactive, multi-pronged approach to battle the noxious intrusion of illegal robocalls, as well as malicious caller ID spoofing in voice, alternative voice, and text message services," the letter noted.

It makes the same point again: "The bipartisan coalition of State Attorneys General agrees with the Commission members who have called for 'robust caller ID authentication' by voice providers."

The problem is so significant that Congress may even manage to pass new legislation to tackle it. This month, pressure has grown on lawmakers to support a bipartisan bill proposed last year that gives regulators more powers to go after robocallers.

The Telephone Robocall Abuse Criminal Enforcement and Deterrence Act (TRACED Act) would make it easier to bring civil forfeiture actions against those behind robocalls and triple the current limit of $10,000 per violation, as well as allow fines to build up. The current rules were designed to punish legit telemarketers who went too far but robocalling has since become dominated by companies specifically set up to scam people.

The problem with this approach however is that while the FCC and sister regulator the FTC keep announcing huge fines on robocalling companies, the truth is that they are failing miserably went it comes to collection.

Last month, the FTC's lax efforts were highlighted when it let one robocaller – Daniel Carver of Perfect Image Online – vacate a $2.5m fine if he agreed to sell his car, worth just $20,000.

The state AGs letter references the TRACED Act and offer their support for it, noting that the legislation would, if passed, "require voice service providers to implement a call authentication framework within a prescribed period of time and affirms the authority for a voice service provider to block calls that cannot be authenticated – such as calls that are illegally spoofed."

Currently, the FCC is "encouraging" those that can do most to stop robocalling – the mobile operators – to provide tools and services to subscribers, but stopping well short of obliging them to act, or make call blocking of default, or even pressure them into offering such services for no charge.

As just one example, T-Mobile US recently launched three different ways to deal with robocalls: Scam ID, Scam Block, and Name ID. The Scam ID service is turned on by default and alerts users that the incoming call may be a scam – but it does not block it so users still have to answer or end the call.

Scam Block automatically blocks those calls but is turned off by default and, indicating the reluctance of mobile operators to prevent calls from completing – because they make money from them – no only does the link on T-Mobile US's own website not work but its shortcode to turn the service on (#622#) doesn't work either. Instead, you can have to find the option within the bowels of your T-Mob account and turn it on.

The most useful service – Name ID – will identify a caller and their location and block any such number. It will also identify different types of calls and allow you to send them direct to voicemail, as well as remember your settings and save them to your account.

That is exactly the sort of service that the state attorneys general and lawmakers want to see made available to all US consumers at no cost. T-Mob's Name ID costs $4 per month.

Robocalls are not a new problem. In April 2013 – six years ago – the FTC awarded $50,000 to two inventors who came up with methods to defeat robocalls. Those ideas became commercial ideas: one, Nomorobo, costs $1.99 a month but is only partially successful in blocking calls such is the overwhelming volume of spoofed calls.

The FCC was also doing something about robocalls. Back in October 2016, then head of the regulator Tom Wheeler warned mobile operators that they were going too slowly and gave them six months to come up with some real solutions or he would start imposing new rules.

But six months later, following the 2016 presidential race, Wheeler was no longer there and Ajit Pai, a former general counsel for Verizon, was made chairman of the FCC. Since then – nearly three years later – Pai has repeatedly claimed that robocalls are one of his top priorities while continuing to do little or nothing to actually restrict them.

The letter this week from 42 of the 50 state attorney generals saying enough is enough should, hopefully, finally force the FCC and/or legislators to act. ®