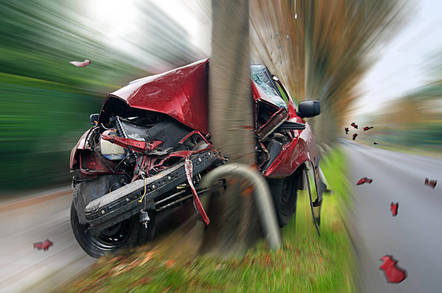 Marvell said it is interested in the products for the growing automotive in-vehicle networking market, and Aquantia has developed a number of physical layer technologies aimed specifically at self-driving cars.

"Our acquisition of Aquantia will fuel Marvell's leadership in the transformation of the in-car network to high-speed Ethernet over the next decade," said Matt Murphy, president and CEO of Marvell.

Aquantia was established in 2004 in Silicon Valley to peddle Ethernet products for the data centre. Deloitte ranked it as the fastest-growing semiconductor company in North America in 2014, 2015, and 2016.

The automotive market is a relatively recent obsession for the company, but one that has proved successful: for example, Aquantia collaborated with Nvidia on the company’s Xavier and Pegasus Drive AGX systems. The latter is an essential part of the Drive Constellation – a server and software combo designed to give self-driving cars a virtual world where they can play without harming any of those squishy humans.

California-based Marvell originally made its fortunes by designing storage controllers, and gradually expanded into wired and wireless networking. In 2018, the company acquired Cavium, notable for being one of the few businesses to successfully introduce Arm architecture into the data centre with its ThunderX product line. Marvell paid $6bn for the privilege of entering the server market.

The latest acquisition has been greenlit by the boards of both companies and is expected to close by the end of 2019, subject to regulatory approval and other customary closing conditions.

The transaction is expected to be immediately accretive to Marvell's non-GAAP earnings per share and generate annual run-rate synergies of around $40m, to be realized within 12 months after it closes, the company said. ®