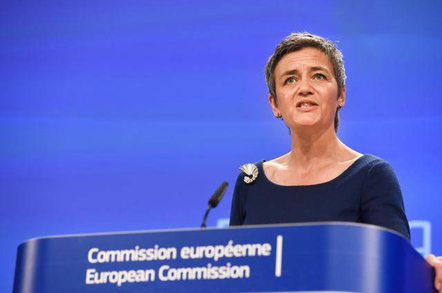 The European Commission is to investigate Apple over charges to music streaming services, according to the Financial Times.

The probe comes after Spotify complained that Apple was exploiting its App Store to make life tougher for competing content services. The commission has decided there are grounds to investigate further, the FT reported (paywalled).

Spotify launched a "Time to Play Fair" campaign in March, complaining that Apple demands a 30 per cent share of purchases made through its App Store. Spotify claimed that adding this to its costs pushes its price above that charged by Apple Music. Not using Apple's payment service to dodge the charge limits the ways Spotify can contact its customers.

Spotify noted that this "tax" is not applied universally – Uber and Deliveroo, for instance, are not included.

The streaming service also complained about being locked out of other services like Apple Watch and Siri.

Spotify has filed a complaint against Apple with the European Commission (EC), the regulatory body responsible for keeping competition fair and nondiscriminatory. In recent years, Apple has introduced rules to the App Store that purposely limit choice and stifle innovation at the expense of the user experience – essentially acting as both a player and referee to deliberately disadvantage other app developers. After trying unsuccessfully to resolve the issues directly with Apple, we're now requesting that the EC take action to ensure fair competition.

The Competition Commission told The Reg: "The Commission has received a complaint by Spotify, which we are assessing under our standard procedures." ®