Blockchain is a lot like teen sex: Everybody talks about it, no one has a clue how to do it

Still a solution looking for a problem? Seems that way 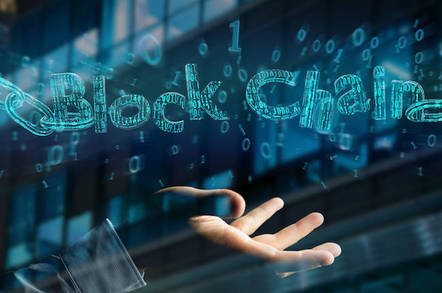 Blockchain remains a solution to a problem that doesn't exist and of the supply chain projects that got past sign-off, most remain in the pilot phase.

According to a survey of supply chain specialists carried out by Gartner, nine out of 10 blockchain-based projects will have come unstuck by 2023. Only 9 per cent of companies have actually spent money on blockchain projects and just 19 per cent said it was a very important technology for their business.

Alex Pradhan, senior principal research analyst at Gartner, said: "Supply chain blockchain projects have mostly focused on verifying authenticity, improving traceability and visibility, and improving transactional trust. However, most have remained pilot projects due to a combination of technology immaturity, lack of standards, overly ambitious scope and a misunderstanding of how blockchain could, or should, actually help the supply chain. Inevitably, this is causing the market to experience blockchain fatigue."

Blockchain is the distributed ledger technology which underpins Bitcoin and most other cryptocurrencies. Tech evangelists have hyped its potential to transform everything from contracts, land registries, supply chains and copyright payments.

But Gartner placed blockchain firmly in the "Trough of Disillusionment" section of its five-part hype cycle (more on how this works here). This comes after the "Peak of Inflated Expectations" and is followed by the "Slope of Enlightenment", ending at the "Plateau of Productivity".

The analysts blamed the difficulty in identifying the right projects for the technology forcing companies to run multiple pilot schemes, a confused vendor market and the lack of off-the-shelf solutions to purchase.

Its defenders note, somewhat fairly, that these accusations could be levelled at the introduction of any new technology.

But it isn't all cold water. Gartner predicted that at least one cryptocurrency-funded, non-mainstream political party will win a national election by 2023 and that countries will begin to use cryptocurrencies over their own legal tender to counter hyperinflation. Mmkay.

It even forecast that: "By 2025, a public blockchain will provide a core interoperable foundation for global, decentralised identity management." ®