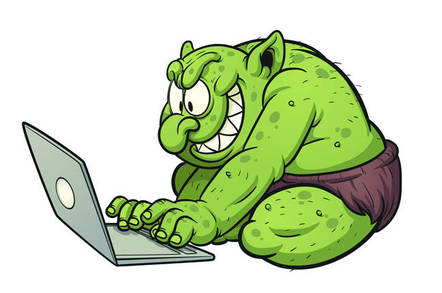 It's official: you can now "dox" Scrabble players.

The venerable word game has an official dictionary to save the endless squabbles about what is and isn't allowed and this week it added no less than 2,862 new words to the existing 276,000. That should enable a fair few family arguments.

And, yep, "dox" – defined as "to publish personal information about (a person) on the internet" – is in there. So too is "hackerazzo" – which this author must confess is a new one on him – but the meaning is pretty obvious. It's an unholy conflation of "hacker" and "paparazzo" (the singular version for pedants out there) and is defined as "a person who hacks into the computer or phone of a celebrity in order to gain information about him or her."

Amazingly, though, that isn't the word that everyone is getting upset about. Nope, that honor rests with one of the most commonly used words in English, the humble "OK."

The cheeky folk at Collins Official SCRABBLE™ Words dictionary thought they could sneak in "OK" by packing it in with "bae", "ew", "ume" and "ze" but those two and three-letter words are catnip to Scrabble players. You need to get rid of some pesky letter to slam down an "aquafaba" and walk away with the game? Then you need to know every two and three-letter word that Scrabble can handle.

But "OK"? Well that's controversy right there. The word "okay" has been fine for a long time but "OK" – well, isn't that an abbreviation of "okay"? And if you just thought yes, well then it MUST BE BANNED because abbreviations are a big no-no in Scrabble.

But, of course, no one really writes "okay" these days. They just scribble "OK." And literally everyone in the entire world knows what they mean. But Scrabble players are a traditional bunch and this OK/okay saga has been going on for quite a few years particularly with five points up for grabs.

Well, in truth, the vast majority of people have been absolutely fine with it but a very small minority – who are exactly the sort of people you imagine when you think "Scrabble player" – have been fiercely holding out against it. And, of course, pedants tend to be quite good at word games, so they have had disproportionate influence on the decision.

Ok we're being told "nerfherders" isn't allowed. Damn. That would have been a triple word score too. ®

Phorm suspends its shares from trading amid funding scrabble

Behavioural ad-flinger once used by BT runs low on cash

SMEs, tech vendors scrabble for morsels of comfort in CSR

Marketeers distribute hope in a can

Patch Tuesday not over yet

'Specially crafted username' opens the keys to the kingdom of FAIL

Blokes are worse at playing while listening to heavy metal