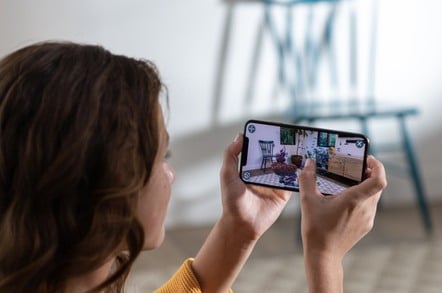 Apple crowed over its best three months ever for its services biz, including things like Apple TV and Apple Pay, in its reported results for Q2 ended March 30. Overall, however, Apple had a 5 per cent decrease in revenue from the previous year’s Q2.

iPads, meanwhile, continued to experience a comeback as sales were at their highest growth rate in six years, which CEO Tim Cook branded a “blockbuster quarter”.

The dichotomy was clear: product revenues declined 9 per cent year-on-year in total but Services were up 16 per cent.

Cook blamed the sales decline on “incoming headwind from weaker foreign currencies” and CPU shortages, which made it more difficult to produce as many devices as Apple wanted.

“I don’t believe this challenge will have a significant impact on Q3 results,” he said during an earnings call. He also batted away questions of a shrinking market in China and the financial impacts of settling with Qualcomm over a lengthy legal spat.

Apple’s iPhones continues to dominate sales revenues and contributed $31.05bn for the quarter, a decrease of over 17 per cent.

Cook said iPhone sales were “most challenging” during November and December last year, but began to improve this year.

The decline in Mac sales were “driven primarily” by Intel’s “processor constraints on certain popular models”, said CFO Luca Maestri. CPU shortages is a long-running problem for Intel, though the chip maker's boss reckons availability should ease by the second half of this calendar year.

Everything else in Apple’s portfolio, however, including iPads, Wearables and Home Accessories, and Services were up.

Apple recently revamped its series of tablets with new models, including the iPad mini, iPad Air, and iPad Pro. These all contributed to the $4.87bn haul, a rise of over 21 per cent compared to the previous year - the highest it’s been in six years. The Apple Watch and Home Pod pulled in $5.13bn and boasted an even larger growth of 30 per cent.

Services, which also includes things Apple Music, its App store, and Apple News turned over $11.45bn, an increase of 16 per cent year on year. Apple Pay is currently on track to rack up a whopping 10 billion transactions by the end of this year.

Apple’s market share is largest in the US and revenues in the region came in at $25.6bn, accounting for 44 per cent of its total sales dosh. Sales in Asia Pacific, not including Japan, continued to fall and made $3.615bn, a drop of about 9 per cent.

“Our March quarter results show the continued strength of our installed base of over 1.4 billion active devices, as we set an all-time record for Services, and the strong momentum of our Wearables, Home and Accessories category, which set a new March quarter record,” he said.