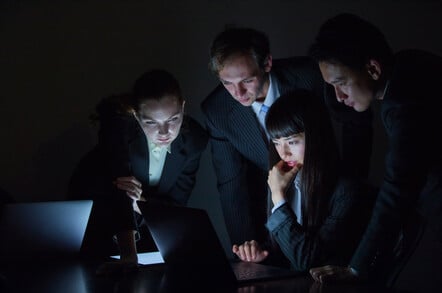 The NSA's mass-logging of people's phone calls and text messages, at home and abroad – a surveillance program introduced after the September 11, 2001 terror attacks – is set to end as it's no longer worth the hassle.

The blanket spying, which hoovered up the metadata for all calls and texts made by US citizens as well as foreigners around the world, has been widely criticized ever since its existence was revealed by whistleblower Edward Snowden. Now intelligence officials are telling the White House that it's no longer needed, with one whispering this week to the Wall Street Journal that “the candle is not worth the flame."

The program was authorized by the controversial Section 215 of the Uniting and Strengthening America by Providing Appropriate Tools Required to Intercept and Obstruct Terrorism (PATRIOT) Act, passed in the month after the 9/11 mass-murders by terrorists on American soil. The NSA has since spent years defending the snooping as essential to national security, though it now appears to have changed its mind, and has been hinting about ditching the thing.

First they laugh at you, then they fight you, then... they admit you were right all along and maybe shouldn't have been violating everyone's rights in the first place? https://t.co/Q0acQCEf6s

The timing of the leak is very interesting, because Section 215 is up for review in September. Civil liberties campaigners at the EFF and ACLU have been gearing up for a major fight over the legislation, and the NSA may be giving a good excuse for the White House to either drop the section, or to argue that it can stay because it's not being used by America's spy nerve-center any more.

The latter case is a possibility because it has been suggested that other agencies, notably the Drug Enforcement Agency, are running similar espionage programs under Section 215. It's notable that the NSA, the FBI, and the Department of Justice were all quoted in the newspaper report, but not America's drug warriors.

Another 45,000 reasons to patch Windows against old NSA exploits

If the NSA ends its Section 215 surveillance, don't think the agency has given up on keeping an eye on people's communications. It's probable that the agency has plenty of other legal tools and mechanisms it can use to surveil folks. There's also the fact that the growth of encrypted chat app use, in response to the Snowden revelations, have made plain old voice calls and SMS rather redundant. Citizens just aren't making calls and texting each other through the mobile and wired phone system like they used to, making Section 215 spying not quite worth the effort.

Dropping the blanket surveillance also makes the NSA look good, and the agency has been on a positive PR push to reform its image over the last few years, led by the agency's cuddly Christmas lights hacker – and the former head of its elite Tailored Access Operations hacking crew – Rob Joyce.

It has released some of its tools to the security community, is speaking at more public events, and now has a chance to remove a key part of its boogeyman image. It might just work. ®