IT sales star wins $660k lawsuit against Oracle in Qatar – but can't collect, because the Oracle he sued suddenly vanished

Database biz shifted its assets to another biz mid-trial 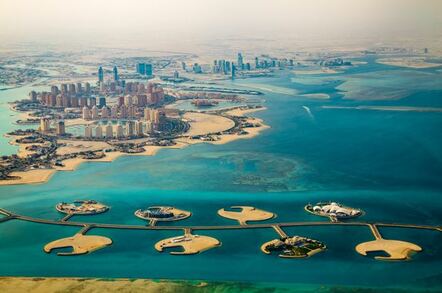 In January last year, after four years of litigation, a former Oracle sales rep in Qatar won a lawsuit against the database giant to collect unpaid sales commission.

But when he tried to collect the court-awarded windfall, he found that Oracle was doing business under a new name, leaving him with a collection order against a business entity stripped of assets.

Alaa AlNaji worked for Oracle Systems Limited from May 2013 through June 2014 as a sales representative in Qatar. From what The Register understands of the case (numbered #339 in the local courts), Oracle refused to pay the contracted amount and insisted on a revised contract, a pattern seen in US commission disputes.

AlNaji refused to accept Oracle's terms and was terminated; he sued the IT behemoth in Qatar for the commission owed him.

In the US, Oracle has faced multiple lawsuits from sales reps claiming its contractual pay arrangements are coercive and shortchange employees. Some of these claims involve performance improvement plans that sales people contend are unjustified; others involve contract renewals allegedly structured to claw back commissions.

'This is not simply a one-off'

"It does appear to be Oracle's modus operandi to systematically deny people commission they have earned," said Palmer. "We have seen this in our cases and others have brought forward their own issues in separate actions or public forums. This is not simply a one-off."

The Johnson case is presently a class arbitration, with the class composed of California-based Oracle sales reps. Palmer said the case has yet to move to class discovery, but suggested the class size could be hundreds or thousands of short-changed sales people.

Occasionally, aggrieved workers prevail in their legal challenges against their employers. Felicia Wilson, an Oracle sales rep who challenged Oracle in arbitration and won about $257,000 in withheld commission only to see Oracle try to undo the award in court finally collected the pay due to her last year.

A tale of two companies

AlNaji won too, though he has yet to collect anything.

"I won a lawsuit against Oracle Systems – Qatar in January last year," said AlNaji in a statement provided to The Register. "The enforceable judgement was for 2.4m Qatari riyal (~$660K) in sales commission."

In March last year, AlNaji said, Oracle Qatar was ordered to pay the award, but refused and appealed. However, the Qatari court quickly affirmed the judgement last month.

"I went through four and a half years of contentious litigation against Oracle in the Qatari legal system, Qatar being an amazing country where its foreign workforce is treated with fairness and respect with a very fair judicial process," he said.

AlNaji, who left Qatar in 2014 for the US, obtained a confiscation order (#64) to seize Oracle assets in order to fulfill his award, but during the litigation, unbeknownst to AlNaji, the IT giant had moved its assets to a different business entity.

While AlNaji's lawsuit against Oracle Systems Limited went ahead, Oracle on June 23, 2015 registered a new legal entity to do business in Qatar, Oracle (QFC) Systems LLC. The move may not have had anything to do with the litigation – AlNaji believes the move was done for tax reasons.

"Oracle changed its commercial registration and moved its sales and employees to a new legal entity," AlNaji said. "Regrettably, they neglected to inform the court or me about during years of litigation, which complicated the confiscation process."

AlNaji said he's now looking into whether he will be able to enforce the Qatari judgement in the US against Oracle America.

In a phone interview with The Register, David Lowe, a partner Rudy, Exelrod, Zieff & Lowe, LLP, said it's not uncommon to see defendants look for ways to avoid paying a judgment and to avail themselves of whatever procedural loopholes may be available. What's less common, he said, is when companies try to evade the law.

He said the Qatari courts should be able to decide whether AlNaji has enforcement options against Oracle's successor entity. And if that's not an option, the US legal system, he said, sometimes, will enforce foreign judgments, even in the absence of a treaty, if the court is satisfied certain legal standards have been met.

"I can see a US court looking behind corporate sleight of hand, especially if the court found that the move to [change Oracle's business registration] was a deliberate effort to avoid that judgement," he said.

The Register asked Oracle to discuss AlNaji's claims but the California-based corp declined to comment. ®