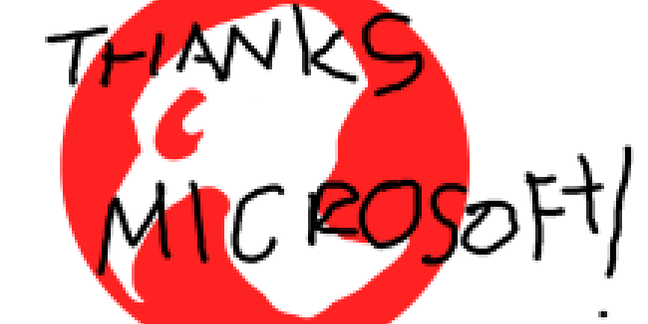 For anyone upset about the fate of doomed art application Microsoft Paint, bundled with Windows for as long as we can remember, here's something to set your mind at easel.

The software has been given a reprieve, and will be included in the upcoming Windows 10 1903 release, aka the May 2019 upgrade due to officially roll out some time soon.

Back in 2017, which honestly feels like a decade ago, Microsoft threatened to banish the aging desktop scribble app from its operating system after declaring it deprecated. Users were encouraged to use the included Paint 3D instead.

Then in a moment of corporate control-Z'ing, Redmond said it would, at some point, relegate Paint to the Windows Store, allowing those pining for the legacy program to install it from the code souk for free and continue using it. But the thing was still doomed as a bundled application.

Now, Microsoft has softened its sentencing, and included Paint in the May 2019 1903 release, and allowed it to live with the OS for the time being. "MSPaint will be included in 1903," said Brandon LeBlanc, a senior program manager on the Windows Insider team, on Tuesday. "It'll remain included in Windows 10 for now."

Why the fuss over this 34-year-old program, which first appeared with Windows 1.0 in 1985? Well, there's your answer, we guess. Nostalgia. It's part of the furniture. Yeah, it's naff, but that's part of its charm.

Sometimes we like things that remind us that Microsoft Windows, and computing in general, wasn't always full of gloss and slick anti-aliased animations. ®