Microsoft fans celebrate the Easter weekend with some Sets-based upsets 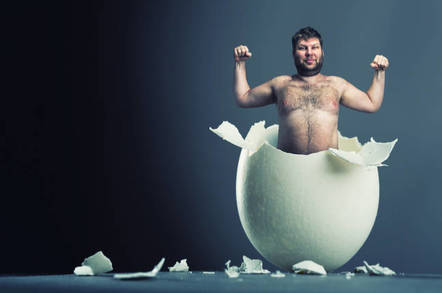 Roundup Last week was all about Windows as Surface Hub 2 crept closer to availability and Windows 10 arrived on MSDN. But the Easter Bunny didn't deliver Sets this year.

You say Tabs, we say Sets. Let's call the whole thing off

While many were preparing to tuck into chocolate eggs, an innocent comment by Rich Turner, a senior project manager at Microsoft, kicked off a bit of a firestorm over a dead-looking feature of Windows 10 – Sets.

The Shell-provided tab experience is no more, but adding tabs is high on our to do list.

Turner, who was at pains to point out that the Windows Command Line is his thing, was then forced to issue multiple clarifications to the effect that he was talking about tabs in the console (which would be a neat thing to have) rather than the Sets feature, which was abruptly pulled from what would become the disastrous October 2019 Update last June.

Sets, for those who never got to enjoy the app-grouping wizardry, was announced by Windows Insider supremo Brandon LeBlanc back in 2017. After a select cadre of Insiders were given a look, the tech was removed from the April 2018 Update. Microsoft had another crack at making it work in 1809 but yanked it again, insisting it would "return in a future WIP flight".

The intervening silence was as good an indicator as any that Sets was unlikely to appear any time soon (at least not in Windows 10 as we currently know and love it), although Microsoft stopped short of saying the poor thing had taken a bullet.

After much to-ing and fro-ing, comment was finally extracted from Microsoft stating that Sets was no longer a work-in-progress as the gang focused on the Edge browser. Therefore, any Windows 10 fans still holding a candle for the application grouping functionality are likely to be receiving wax burns for the foreseeable.

If you absolutely must have window grouping, Stardock's Groupy might do the trick. Stardock will also give holdouts a Windows 7-alike Start Menu too.

Demonstrating that bravery remains within the bowels of Redmond, Microsoft has lobbed the Windows 10 May 2019 Update at MSDN developers. Arch-Windows-prodder Tero Alhonen posted a screenshot showing the image appearing as a downloadable for those enjoying subscriptions with sufficient rights.

The pic arrived the same day that Clint Rutkas, a senior technical product manager on the Windows Developer team, posted a blog highlighting the arrival of the SDK for the upcoming release and exhorting developers, still bruised from the Windows 10 October 2018 Update fiasco, to get coding for 1903.

While Rutkas was careful to emphasise the version on the Release Preview Ring, the arrival on MSDN was a bit of a surprise because a few short weeks ago the company was saying the release would go to "broader availability in late May". Not mid-April.

Still, the release does save developers having to cross their fingers and join the Insider programme in order to get their hands on 1903. Which is just as well because, as is becoming depressingly the norm, the 20H1 build, 18875, has been pulled for some unlucky users.

Issue showed up in very specific cases internally but wasn't enough to warrant a closer look. We've learned from this and have made some changes in order to flag some of these types of things regardless of how small they might look. Always learning! 😁

The issue is related to KB4495666, a cumulative update released the week before, which is stopping Insiders moving from 19H1 to 20H1 with one of Microsoft's ever-so-helpful error codes.

The gang has flung up a block to stop the borked build slithering onto Insiders' PCs currently running on 18362.53 (the latest iteration of 19H1, freshly patched with the afflicted update) and promised that no more 20H1 builds will be emitted until Insiders can be, er, unblocked.

Worryingly, LeBlanc, of the Windows Insider team, confessed that the issue had cropped up during internal testing but they opted to send out the build anyway. LeBlanc's cheery "Always learning!" will be of scant comfort to those left scratching their heads at what turned out to be a known problem.

Live in the US? Got $9k burning a hole in your pocket? Surface Hub 2S can be yours from June!

Microsoft has kept its promise of releasing the follow-up to its pricey conference room whiteboard, Surface Hub, by "Q2 2019" with a June launch confirmed for version 2.

The 2S, of course, will retain the existing Surface Hub software for the time being, although you can run full-fat Windows 10 Pro or Enterprise on the thing if you really must. Naturally, Teams, Skype for Business and the Microsoft Whiteboard all feature and you really need to be an Office 365 shop to get the best out of the thing.

While Microsoft is also curiously keen to push trolleys as mounts for the kit, the party trick of the Surface Hub 2, snapping screens together, will have to wait until the 2X much later in 2020.

While notably absent by name from the marketing, the 2X got a nod with a reference to the "modular hardware design that will enable customers to unlock new experiences in the future".

Probably best not hold your breath, though. ®