Top court, that is – she coped fine with the escalator 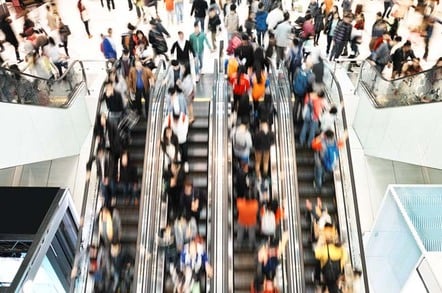 A Canadian woman fined for failing to hold on to an escalator handrail in 2009 has finally reached the Supreme Court in her search for justice.

Bela Kosoian was using the subway in Laval near Montreal in 2009 when a police officer told her to respect a warning sign, in French, saying "Caution, hold the handrail", CTV News reported.

She argued with the officer that the pictogram was advice rather than the law, but the officer promptly handcuffed her, detained her for half an hour and slapped her with a $100 fine for failing to take advantage of escalator safety features and a further $320 for refusing to identify herself.

Kosoian was acquitted in 2012 but decided to sue the police and transport authority. She lost twice in Quebec before the Supreme Court of Canada took up the case.

Sometimes it pays to know to quit while you're ahead.

Fans of extremely petty bureaucracy can follow the action here.

From all at Vulture Towers, we wish Ms Kosoian and the rest of you a very happy Easter and further salute her perseverance in a 10-year battle against the tyranny of jobsworths. ®