Wednesday off every week? OK, you have our attention 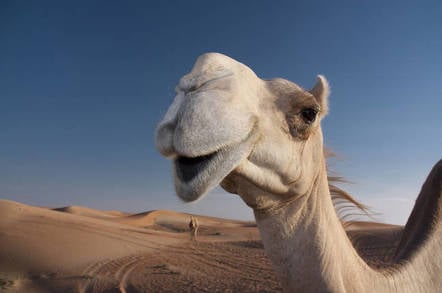 Wednesday, colloquially known as "hump day", tends to be regarded as the toughest of the working week. Furthest from the weekend in either direction, distracted eyes flit constantly clockwards in anticipation of medicinal refreshment or simply just leaving a bureaucratic hellhole.

So one app maker has sacked the whole thing off.

Not only that, but the firm claimed revenues have somehow grown 30 to 40 per cent and profits tripled during the year-long experiment.

How did they pull these miraculous figures out of their behinds?

Not exactly publicity-shy "voice experience" agency Versa waxed lyrical to ABC Australia about how staff still work 37.5 hours a week, but between Tuesday evening and Thursday morning the office is closed and they're not expected to respond to emails, have client meetings or pitch for new business.

Chief exec Kathryn Blackham said: "I know a lot of workplaces have that kind of those Monday morning 'feels', where there's a bit of a vibe in the office, people are bantering back and forward. And in the end you get that kind-of 'hump day' [on Wednesday], which is a little bit harder to do.

"By the time we get to Thursday it's like a Monday again. You get a new feeling of enthusiasm and cracking on with work, collaboration."

Blackham started the business 10 years ago when she had two small children and has tried various ways to increase staff flexibility including set and random days off. But the need for collaboration across teams made it difficult. The firm is only two years old and shoves brands on existing voice-activated platforms like Alexa and Siri.

Fulfilling Ozzy stereotypes of the miserable Brit, Clow said: "I'm very used to, as an Englishman, going in with the doom and gloom you have on Monday, and 'suicide Tuesday'... all that kind of stuff just goes away."

Having two mini-weeks instead of a four-day week has supposedly increased staff focus when they are in the office.

It has also kept Friday a "proper working day" – workers ensure that personal admin and medical appointments are booked for Wednesdays.

There have, of course, been moves around the world to increase flexible working and restrict hours – with mixed results. Most famously, France has a legally mandated 35-hour week.

In Spain, on the other hand, many companies continue to resist Europe's 9-to-5 in preference of two "mini-days" separated by a serious spot of lunch and a snooze.

At The Register, we overcome "hump day" with what we call "Wednesday Club", which is basically code for "Let's go get shitfaced" and actually a social occasion to look forward to. Readers, would shutting up shop each Wednesday ever conceivably pass muster with your employers? Is it a terrible idea? Let us know in the comments – don't hold back now. ®

'This is the last Fitbit I will buy'

Look! Fitbit's made a watch that doesn't suck!

Cisco plans routers that are servers, or vice-versa, with KVM aboard

UCS E-series and ISR 4000 update due, NFV for SOHO kit on the roadmap