Breathe in hardware, and exhale cloud: IBM stretches its revenues, profits... in the downward dog position 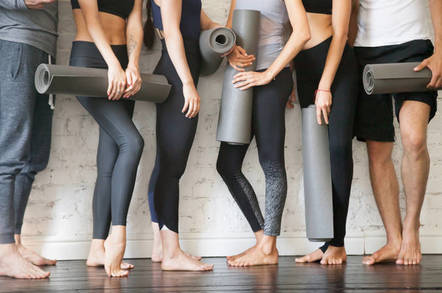 IBM is attributing another slow quarter to currency headwinds and purchase cycles, as Big Blue logged a dip in revenues for the third consecutive quarter. That means it's back into its old groove of shrinking sales.

The enterprise compute giant saw its systems and services operations take a hit in particular during its first 2019 fiscal quarter, ended March 31. Here's a summary of the figures, released on Tuesday this week:

"Our results reflect the fundamental changes we have made to our business, allowing us to generate greater operating leverage. In the first quarter, we significantly expanded profit margins, led by our services businesses," IBM chief financial officer James Kavanaugh said.

"Our focus on prioritizing our investments in the emerging high-value segments of our industry has enabled us to drive higher profitability and strong cash generation."

Speaking to financial analysts about the quarterly report, Kavanaugh pointed to Big Blue's cloud operation and its hybrid offerings as particularly strong markets where the company wanted to focus.

He also pointed to a strong dollar (which drags down conversion rates) and a solid sales quarter at the end of 2018 as factors that kept IBM's financials seemingly down on paper, along with changes to the Global Technology Services operation.

"We said it was going to depress value in the short term but better position us in the long term."