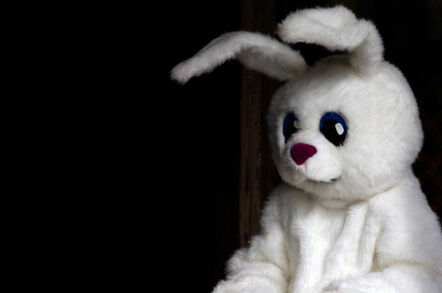 Porn-watchers and providers are being kept in the dark over when age checks for access to online smut will come into force, as the government remains schtum about the already delayed roll-out.

The reforms, which will require visitors to adult websites to prove they are over 18 before they can gain access, were originally due to come into action last April, but had to be pushed back to allow the regulator to draw up some guidance.

When this was eventually agreed on by parliamentarians, government ministers mooted the idea of the checks going live "around Easter" 2019.

For its part, the Ministry of Fun (aka the Department for Digital, Culture, Media and Sport) has consistently refused to offer any comment beyond saying that it has "taken the time to get this right and will announce commencement plans shortly".

Some delay was always to be expected: the regulator, the British Board for Film Classification, has been tasked with enforcing something entirely new, in a field that's beyond its usual remit. And that's before we get into the political and legislative time-suck that is Brexit.

It originated from a report from the NSPCC that warned of the damage such viewing could cause, which combined with effective lobbying, public pressure and politicians' desire to be seen to be taking action.

The addition of more widespread fears of the dangers of tech, often stoked by dodgy science and screaming headlines created a perfect storm.

Effectively, this meant that the plans would go ahead – even amid concerns about data privacy and security, the impact on ISPs and independent pornographers, the cost to government and doubts that the plan could even achieve its policy aim.

Social media has, in particular, been a bone of contention for both sides: proponents complain the government hasn't gone far enough, while opponents use this as evidence the regulation isn't going to be effective, because teens will resort to other, non-blocked avenues.

Nor can the BBFC set any rules on data protection – it can just make recommendations and has only promised a voluntary certification scheme, which is yet to be published on its site.

This says nothing of the costs companies will face through updating their systems, implementing solutions (not all are free; AgeID only offers its services gratis to UK-based sites), and possible lost revenue if visitors are turned off by the checks.

The government, and others, might point to recent surveys that suggest wide public support for age checks. An age-verification vendor, Yoti, asked 2,000 people and found that 60 per cent were in favour, while YouGov's more recent assessment found a 67 per cent approval rating, although this decreased with frequency of porn-watching (just 28 per cent of those who watched every day were in favour).

However, both these surveys found that people weren't aware of the impending block – about half of the Yoti respondents didn't know about it, while 76 per cent of the YouGov participants had no clue – so it's possible they weren't aware of the broader context and concerns about the rollout.

And it seems the porn-watching Brit public may well be the canary in the mine for other parts of our internet-going lives, as age-verification is mooted – most recently in the data watchdog's proposals for age-appropriate online services – as a possible solution for various ills, perceived or otherwise, the internet causes.

Regulators in other countries and other sectors, will be watching the roll-out closely – and, having spent significant amounts of time, money and resources to “get this right”, the government has a lot to prove. ®