One step forward, one step back in space news 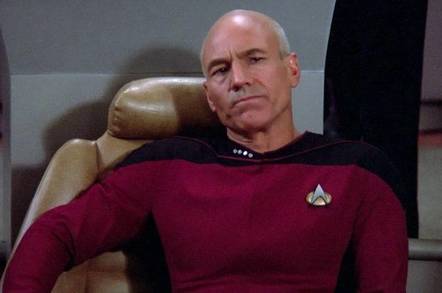 The first attempt by a private company to land a probe on the Moon's surface ended in failure on Thursday when the vehicle crashed minutes before it was supposed to land.

The Beresheet lander, run by Israeli firm SpaceIL, was due to touch down on the lunar regolith after months spent getting into position. The lander carried a magnetometer, a time capsule containing a complete copy of Wikipedia, the Torah, the declaration of Israeli independence and other historical documents.

Originally designed to win Google's Lunar XPrize, Beresheet was repurposed after it and every other entrant missed the completion deadline. But the team managed to pull together a total of $100m in funding to help make Israel the fourth nation to land a probe on our closest natural satellite.

All looked good at first. Beresheet was launched on a Falcon 9 rocket in February and, using carefully controlled burns, moved out to orbit the Moon. By Thursday morning, the probe was just 25 km. (16 miles) from the surface and the team rotated it to slow the spacecraft down and allow it to land.

Then, with just minutes to go, Beresheet's engine cut out unexpectedly and the team lost communications briefly. They were able to get the motor restarted but lost control and the lander is now presumed scattered over the northern part of the Mare Serenitatis.

"We didn't make it but we really tried," said billionaire co-sponsor of the probe Morris Kahn, who was at the launch. "The achievement has been tremendous and I think we can be proud."

No matter what, after 8 years of work, @TeamSpaceIL has ushered in the new era of the space race and inspired a new generation of explorers. You made Israel the 7th country to orbit the #Moon. You have already made history. #IsraeltotheMoon pic.twitter.com/3Bfec5qWwM

The exact cause of the fault is still being analyzed but the team acknowledged before the flight that would be a close run thing. With such a tiny budget the design had little in the way of backup systems and – as the saying goes – space is hard.

After the morning's disappointments, all eyes were on SpaceX in the afternoon as it attempted to make its first commercial orbital delivery using the Falcon Heavy rocket system.

The Heavy has flown before, in February 2018 when it flung Elon Musk's Tesla Roadster at Mars – a mission that failed to reach the Red Planet but made for some great footage. On Thursday it was carrying Arabsat-6A, a 6,000 kg. (13,228 lb.) monster of a communications satellite.

The satellite, designed to handle voice, TV and data traffic to the Middle East, Africa, and Europe, was an important milestone for SpaceX, showing that the new large rocket can be commercially viable.

There are another four commercial launches for the Heavy already planned, including one for the US military and failure would cast a cloud over that. Even Musk seemed to be hedging his bets, saying the design was so new that the chance of failure was as high as 10 per cent.

Elon's Musketeers also wanted to recover all three rockets – something the first trip had failed at. The Heavy blasted off from Cape Canaveral at 1835 EDT (2235 GMT) without an issue and this time the SpaceX team nailed it, bringing the two side boosters in for a synchronized landing at the spaceport with the main booster landing on the autonomous barge "Of course I still love you," as the payload moved into orbit.

There will be Champagne corks popping in SpaceX offices tonight as the $500m the company has plowed into the rockets development paid off. The boosters will now be refurbished and reused for another mission. ®