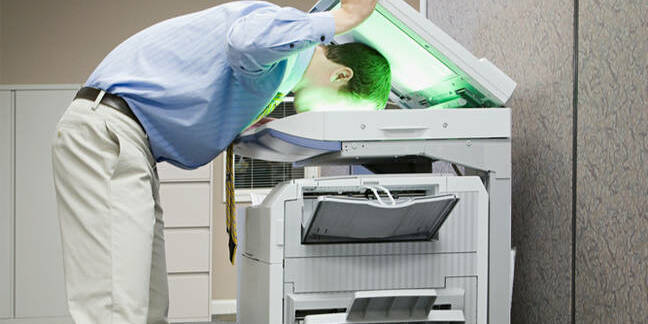 On Call Another week over, another On Call – and this one is going to provide you with a real belly-laugh.

Every week, we pore through our mail bag, seeking out the best tales from readers at the coal face of tech support.

This time we bring you "Isabelle's" experience, which was back in the days when computers were not just new, but they ran on one or two floppies.

"I worked for a computer dealer who was selling and supplying the Sirius computer," she told us.

"I was called to a fairly new client who was complaining that the computer wouldn't start. In those days virtually every problem meant a house call."

And so Isabelle set off to the client's house, and arrived in front of what she said was the "bee's knees" of personal computing: a Sirius PC "with an amazing 128K RAM, 8086 16 bit processor and twin 2.4Mb 5.25-inch variable speed floppy disk drives".

She turned it on, and was handed the two disks, which she inserted, closed the locks and heard the familiar whirring to show that they were seeking.

The MSDOS message "insert system disk" flashed up, and she took hers from her case and inserted it.

"The computer booted up but wouldn't load the data from the second drive. I removed the disks and handed them to the user, asking if I could have the backups."

As the user took the two disks from Isabelle, they inserted them back into the cover sleeves and attached them to a filing cabinet. With a large speaker magnet.

Isabelle gently asked if the user always did that.

"No, not usually," came the reply. "I put them there last night to save time in the morning going through the storage box finding them."

Isabelle was now worried, and asked if the user had been making backups.

"Of course, as instructed I make a copy every night and keep them next door. Shall I go get them?"

The user soon came back with an A4 ring binder with plastic inserts inside – and Isabelle didn't get the feeling her worries were over.

"I keep them next door as we were advised to keep them separate from the machine in case of fire," said the diligent user.

"As soon as I switch the machine off for the day I take the disks next door and make copies. It's convenient to leave them there and bring back the originals."

At the same time, she opened the ring binder, selected the right day and handed Isabelle an A4 piece of paper.

"My heart was sinking as I took the A4 sheet of paper. It had two clear images of 5.25-inch disks and the labels," said Isabelle.

"She had photocopied the two disks every day and written the date in the corner before putting it in plastic sleeves marked Monday to Friday, week 1 to week 4."

The user had followed the advice that users needed to make copies of each disk at the end of the day to the letter.

If she hadn't decided to save time by putting the floppies on the side of a metal cabinet with a magnet, it might have been something to laugh at.

Instead, it was a sombre lesson learned by the user – and Isabelle learned that even the most seemingly straightforward advice can be misinterpreted.

Have you ever had a heart-sinking moment when out on a call? Tell On Call and your story might feature on El Reg's pages in the future.